Now in its fourth season, Kestle Barton embraces an emerging theme to celebrate the achievements of artists with mature careers in the arts that warrant further attention. The theme continues this summer with an exhibition featuring paintings by Tom Cross.

Tom Cross: Early Paintings features colourful, geometric paintings that were influenced by the strong international abstract movement at the time. Abstract works had been spilling out of the States since the late 1950s, and also influential were responding movements within Britain such as the Systems Group led by Malcolm Hughes and Jeffrey Steele in the 1970s.

Art historian Alan Windsor, who knew Cross well, will be giving a talk on the work, on June 15 from 5 – 6pm. Saturday 15 June will also be Open Day at Kestle Barton from 1-5pm, offering an opportunity to view the restored barns that are now holiday cottages and apartments and to tour the farmland. Both events are free and all are welcome. 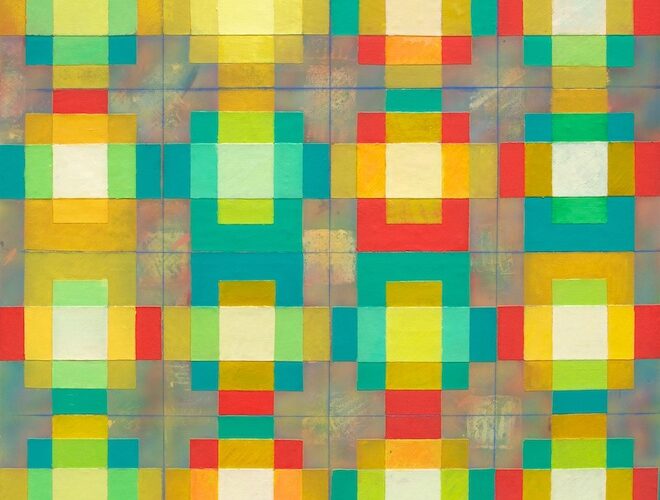 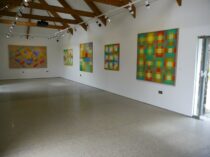 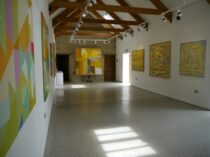 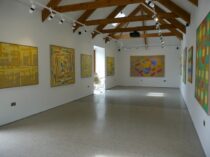 Tom Cross (1931 – 2009) was born in Manchester. Initially he took up apprenticeship and studies in architecture at the School of Architecture at the College of Art in All Saints Square in Manchester, where he was introduced to fine art and made a decisive change in his career path. He later trained at the Slade School and spent two years travelling and painting in Italy and France. On his return he worked for the Arts Council in Wales, later becoming Senior Lecturer in Fine Art at Reading University during an important period of its development. In 1976 he moved to Cornwall as Principal of the prestigious Falmouth School of Art.

Cross exhibited widely in Cornwall, Wales, London, Australia, the Middle East and the United States. His books Painting the Warmth of the Sun, The Shining Sands andCatching the Wave are standard works on the history of the Newlyn and St Ives Schools. His last book, HELFORD – A River and Some Landscapes, is a beautifully illustrated account of his time spent living on and painting the Helford River.

While the Helford River links Cross and Kestle Barton, it is not the locale that has inspired the exhibition. Instead, this exhibition offers an opportunity for visitors and those familiar with Cross’s later paintings of the area to view his earlier paintings of the late 1960s and 1970s. The relationship between abstraction and realism was explored throughout Cross’s lifetime with the emphasis shifting at different periods, but the two strands continually informed each other in his understanding of painting as an art form and a personal pursuit. 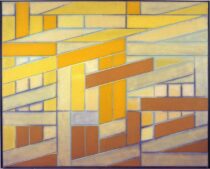 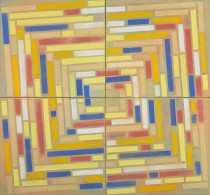 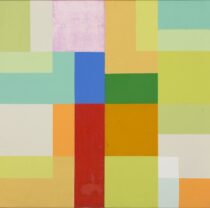 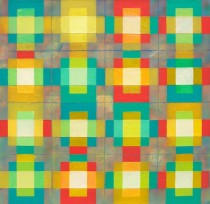