We launch this year’s exhibition programme with a tribute to the artist Roger Ackling (1947 – 2014). This show sets the tone for a season that offers a wider perspective to the consideration of art in a rural context.

In addition to Roger Ackling – Sun Histories (28 March – 17 May); the early part of the programme will also include work from young emerging artists in Cornwall and London in Testing Tropes (23 May – 12 July). Paul Chaney will return through the month of May to continue his ongoing research into low impact ‘grass roots’ architecture with the design and construction of a temporary pavilion, Encampment Supreme.

The Cornwall Workshops will once again be hosted at Kestle Barton this year, in May and October. Following the debut last year, the Summer Solstice on 21 June will feature the return of Abigail Reynolds’ piece Double Brass, performed by St Keverne Band in the wild flower meadow at noon; with musical composition, Troheaul, written by Gareth Churcher.

Moos/Moss (18 July – 6 September) is an exhibition by German artist Andrea Büttner, on show through the summer holidays to provide thoughtful commentary on the simple beauty of the ‘overlooked’ and the reverent power of woodcuts on paper made on a large scale.

The final show of the season will be a wonderful collection of Bryan Ingham’s etchings of ‘Jollytown’. These depictions of his own home, just down the road from Kestle Barton at Lizard Point, were made over a ten year span of time; Bryan Ingham – Jollytown, Etchings 1968 – 1978 (12 September – 31 October). Late in the season Kestle Barton will also be featuring Spontonality – a music improvisation sequence with Matthew Barley, Tim West and guests (10-15 October). 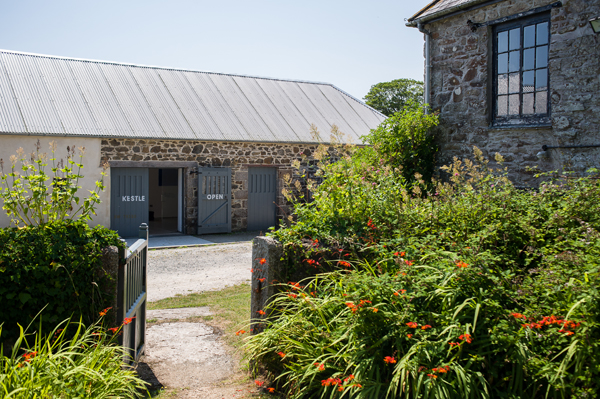