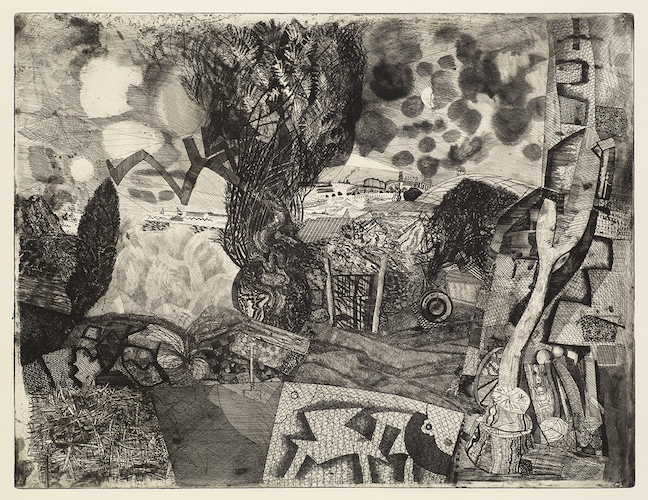 So with etching as a medium, I could go out, I could make my on-the-spot drawings…drawing a medieval church…drawing a farmer’s forge… drawing a wave breaking over a rock, or drawing Soapy Cove or Lizard headland… with the etching you could do anything. Bryan Ingham, 1997

Bryan Ingham (1936 – 1997) lived and worked on the Lizard Peninsula for over twenty-five years. Jollytown was his muse, home and studio for much of this time, an isolated house glimpsing the sea, with no electricity or running water. This exhibition of etchings, many previously unseen, focuses on images of the house and its environs.

Ingham was born in Yorkshire and was encouraged from a young age to appreciate art, literature and poetry. He first started painting while based in Germany on National Service in the RAF, where a flight-sergeant is said to have described him as ‘an artistic sort of airman’.

Ingham then attended St Martin’s School of Art and later the Royal College. After a period of study at the British Academy in Rome and extensive travels throughout Italy, Ingham settled in Jollytown. It was from Jollytown that he travelled to the various locations in this exhibition. Occasionally he could be found in the Blue Anchor in Helston on a Saturday afternoon, which seemed to mark the limit of his habitat, his quirky Italian moped parked outside in Coinagehall Street. Ingham was a stylish, entertaining and erudite gentleman, he was a great host and cook, and an inspirational teacher.

Ingham turned to etching after losing his way in painting in 1968; he set up a press in his home commenting later that it was appropriate to be working in a medium with primitive methods largely unchanged since Rembrandt. He cherished and celebrated the traditional.

The prints are very original and technical feats, Ingham explored and exploited mark making and etching to its limits, all the time retaining and documenting his vision. He revelled in the combination of chemistry, chance and intention, believing that a good etching developed organically.

The freshness of tone and energetic articulation throughout the exhibition mark this as a contemplative experience of territory and beauty. This is a very personal and intimate view of a special place in Cornwall, Ingham wished to preserve the landscape and singular quality of the period, the passing time and seasons.

To coincide with the exhibition, a limited edition book, ‘Jollytown: etchings by Bryan Ingham, 1968 – 1979’ will be launched and available to purchase. The book, by Simon Marsh, is the first in a series charting the themes that Ingham explored in his printmaking, and focuses on the work celebrating the place where he first began to print. 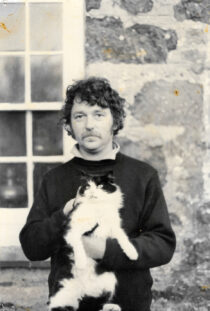 Re-printed in 2015 by Jollytown Editions for Kestle Barton exhibition.

A book, ‘Jollytown: etchings by Bryan Ingham, 1968 – 1979′, a limited edition of 150 copies, is available to purchase. It will be published and despatched by post in the last week of November. Sample copies are available to view at Kestle Barton from 12 September – 31 October.
To coincide with the exhibition at the gallery, the book is available at a special introductory price of £90 for orders placed and processed before 31 October 2015.
The book, by Simon Marsh, is the first in a series cataloguing the themes that Ingham explored in his printmaking, and focuses on the work celebrating the place where he first began to print. 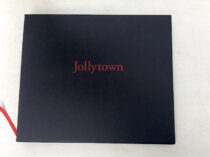 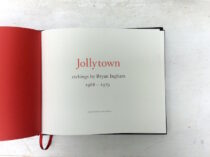 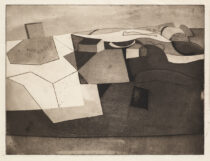 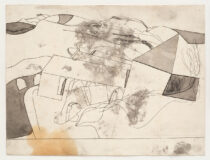 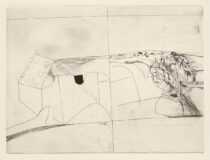 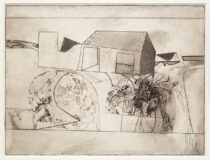 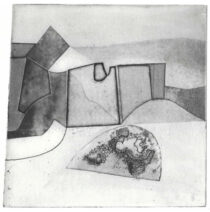 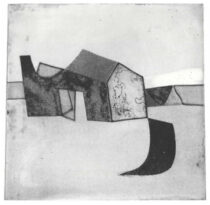 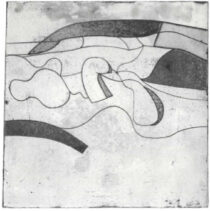 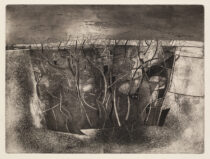 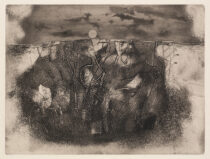 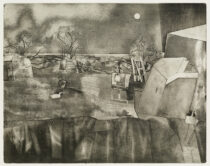 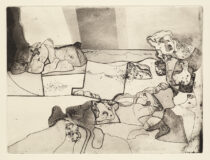 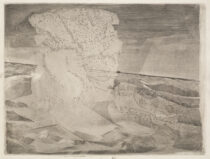 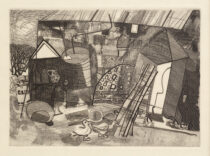 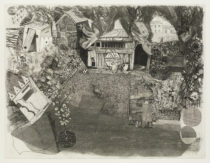 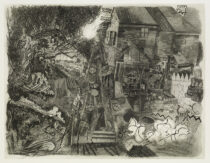 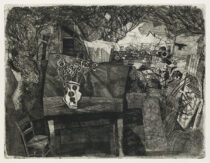 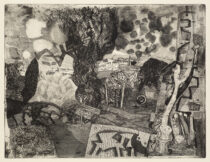 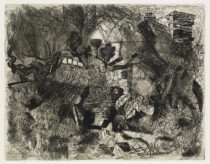 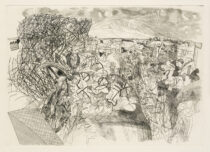 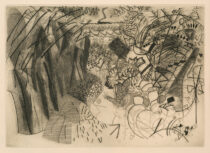