This is a mixed exhibition based on Frenchman’s Creek as a place situated close to Kestle Barton the Rural Centre for Contemporary Art on The Lizard, Cornwall and the site of Daphne Du Maurier’s novel Frenchman’s Creek (1941). Four artists were asked to make new work for this exhibition.

The photographer Ian Brown has developed a technique of photography that enables one final photograph to represent a time-based ‘walk’ – a montage of many points along the walk to create the image. In addition to featuring four of these ‘walking’ photographs, the exhibition also includes stills from this process. Portraiture is another aspect of Ian Brown’s photography that he uses in this body of work to explore the relationship between the heroine of the novel and contemporary readings of figurative representation and place. All of Ian Brown’s photographs are for sale in limited editions.

Alongside Ian Brown in the gallery at Kestle Barton is the film by Bruce Davies, who chose to explore the path along Frenchman’s Creek with a microscopic lens on his digital video camera and a microphone. Using a ‘quadrant’ method to designate specific areas along the path, he then filmed the insects and growth found in that area. The result is 13 short segments of film with corresponding soundscapes.

Rupert White’s contribution is {ghostship}, a projected image on the outside wall of the gallery that is visible after dark. Evening events have been scheduled during the Daphne Du Maurier festival – on Saturday 14 May and Saturday 21 May that will provide opportunities to view the piece.

As a part of this programming, Katie Etheridge has devised a performed walk that will lead participants around Frenchman’s Creek for an immersed experience of the place. This will be performed on Saturday 14 May and Friday 20 May, also during the Festival.

On Saturday 21 May there will be a free Artists’ Talk and an opportunity to hear how each of these four artists approached the remit of making new work for this show.

On these same two Saturdays ticketed Gallery Meals will be served at Kestle Barton, featuring locally sourced food. This will be an opportunity to eat before each the two scheduled film screenings: Frenchman’s Creek (1944) on Saturday 14 May and Hitchcock’s The Birds (1963) written by Daphne Du Maurier on Saturday 21 May. 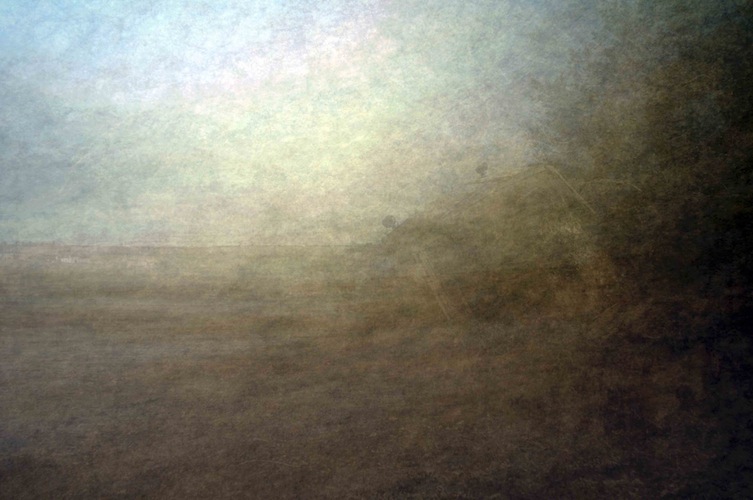 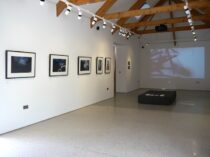 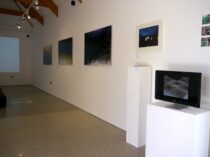 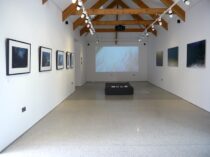 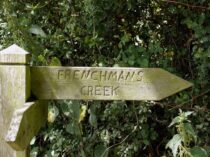 The different series of work I have produced over the years can be loosely framed by an exploration of body and landscape, each series taking on some aspect or relationship of the two subjects. The landscape work I am currently producing has its roots in my young life when I spent a great deal of time outdoors walking the land in pursuit of some goal such as fishing for trout or searching for bird’s nests. This activity, I have come to realise embedded the idea of a physical engagement with the land.  It was therefore a logical progression to explore these ideas during my days at Art school where the kernel of the work I currently pursue was formed. This was the early 1980’s and several artists were engaging with landscape in this physical way making some kind of record of their activity.  I was inspired by the different approaches to making work in this way and steered myself to the idea of recording the actual walk with a still camera. This has become the basis of my current Landscape work.

This work takes as a starting point my interest in how our cultural activity changes our perceptions of landscape and place and more pointedly how our experiences are affected by this activity.

My aim was to capture multiple sounds and images from a variety of environments at KB, Helford and Frenchman’s Creek and create a video montage that was void of any definable cultural associations or content.

Sentimental, emotional or factual portrayals of a place may change the perceived characteristics forever. The effect of cultural activities such as writing and painting about real places is not lost at FRC. This place is now inseparable from the novel. Consequently when I visit places I try to re imagine what these places would be like if they hadn’t been imbedded in legend.

My aim was to create a visual work that contained a multitude of reference points for a place to be picked out at random as opposed to the work having an unbending narrative set in stone.

I saw this as an opportunity to consider what lay under our feet given that this is often our first point of contact with the landscape.

This Is Landscape! literally examines the point of contact in order to view the landscape in a different way.

The segments of the landscape featured in the video montage are microscopic views of a number of sites made famous by FRC and the new cultural venture The Kb gallery. 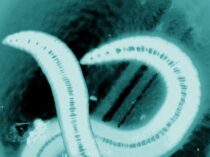 “…and he pauses, resting on his paddles, aware suddenly of the deep silence of the creek, of its narrow twisting channel, and he feels – for no reason known to him – that he is an interloper, a trespasser in time.”

In LandSLIP, a new work commissioned by Kestle Barton for Frenchman’s Creek, Katie Etheridge invites audiences to become trespassers in time, unravelling the lost, hidden, and imagined histories of the Frenchman’s Creek, slipping between the realms of the senses, the imagination, and the potent atmospheric life of the Creek.

Katie Etheridge works across disciplines to make performances and interventions that invite a multi layered exploration of place.

Etheridge investigates the interrelationships between people and places, and artists and audiences through projects such as A Short History of Silence (2005, 2006), where audiences are invited to think and talk about the soundtrack of their lives in the back seat of a car disguised as a haystack, Field Work (2008), a participatory walking performance in search of Brighton’s medieval field system with diversions via a half remembered stuffed chicken, and Signpost (2010) in which Katie walks with an uprooted signpost, gradually painting it with directions in response to conversations with passers by about a towns past, present, and possible futures. In Signpost, Etheridge collapses the processes of exploring, writing and performing place into a single mode that in its enactment is inextricably linked to place, yet can be performed anywhere in the world.

“Katie Etheridge is a fascinating artist and performer. She has a rare ability to engage intimately with the contexts of her work and then produce responses of subtlety and complexity.”  Phil Smith (Wrights and Sites) 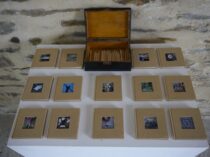 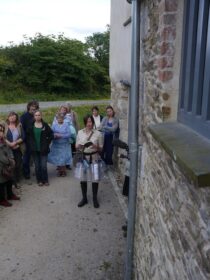 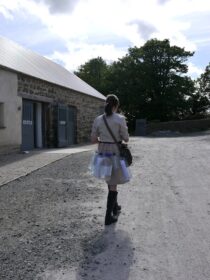 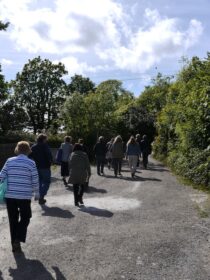 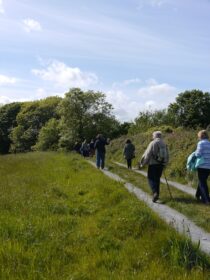 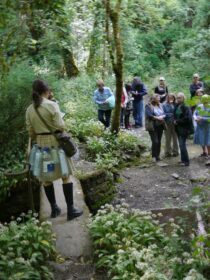 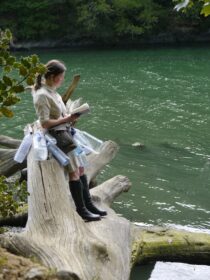 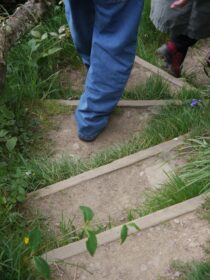 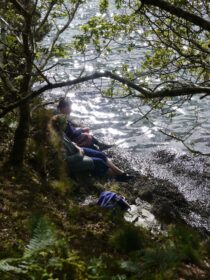 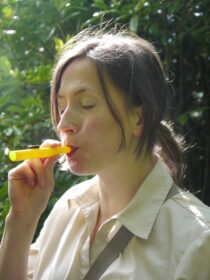 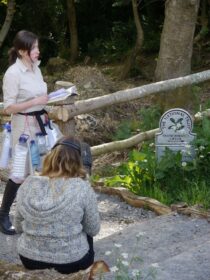 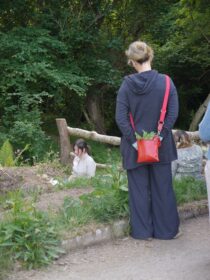 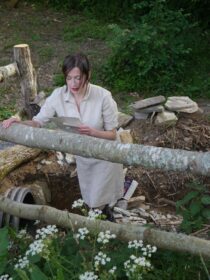 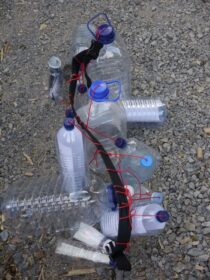 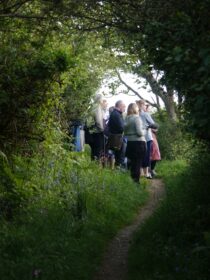 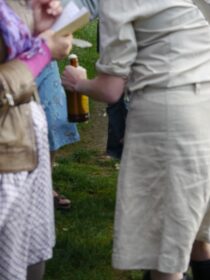 {ghostship} is an animated .gif file of a pirate boat, designed specifically to be projected onto the buildings at Kestle Barton, and to be made visible on the web. The image of the pirate boat appears to rock gently like a boat floating on water. The animation is achieved by an image file or .gif which for many years was the most common way to provide animations for webpages. Whilst the projections on the buildings of Kestle Barton will be temporary there is also be a dedicated webpage that uses the same image, which will remain for much longer than the duration of the exhibition.

Daphne DuMaurier uses the image of a ghostship at the beginning of the novel Frenchman’s Creek as a device to enable the reader to travel back in time to the 17th Century, the period in which the novel is set. The novel then goes on to tell the story of the female protagonist, who falls in love with a pirate whose boat is moored in the Helford Estuary.

Rupert White’s {ghostship} projection, however, uses the logo from the home page of piratebay.org: a logo which itself has been stolen or ‘pirated’ by the artist. Piratebay is the most famous of the illegal file-sharing sites: a website that is used to share software, films and music, located in Sweden where it is immune from prosecution.

{ghostship} therefore relates to Helford as the setting for a pirate story and to contemporary notions of piracy, which are more commonly associated with violations of intellectual property rights. Modern piracy of this kind is made easier by the advent of digital technology and the internet, none of which was available when Du Maurier was alive, and so the work spans three eras and spaces: Du Mauriers fictional account of the 17th Century, the ‘real life’ time and space of Helford where she lived, and a more contemporary virtual digital space.

Rupert White is interested in layered meanings and associations that attach to places: to placescapes rather than landscapes, and the experience of living in Cornwall as somewhere that is relatively rural and relatively remote but connected to other places by the technology of the internet etc. For the last 5 years he has edited the online journal www.artcornwall.org