Double Brass is a significant step for Kestle Barton; our first commissioned performance/time-based work. It is a thirty minute performance in the meadow (which will be knee-high with wild flowers, butterflies and bees at mid-summer). Two brass bands will march in such a way that the music being played will appear to separate, becoming dissonant, and come together to harmonise, over time. Audience and band members will be listening across the landscape with a heightened awareness of locality and terrain.

St Keverne Band are based only three miles from the gallery. They are graded First Section nationally, and comprise three bands of different ages, with a total membership of over sixty. 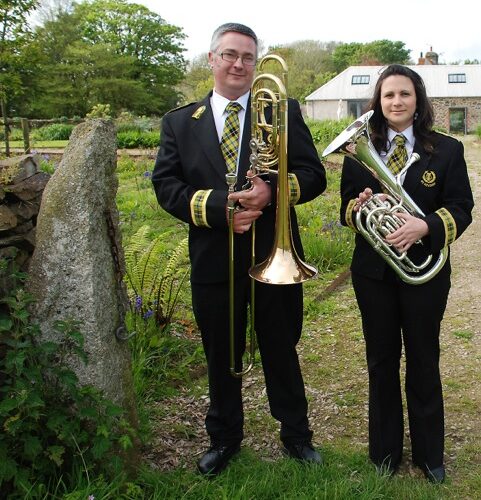 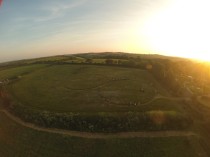 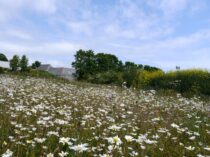 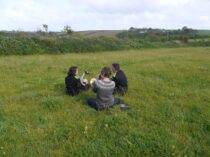 St Keverne Band was founded in 1886, mainly from the workforce of the two local stone quarries of Porthoustock and Dean Point. At this time many neighbouring villages also had their own bands. However, in subsequent years and due to the effects of two world wars, St Keverne was the only band to remain. Rehearsals took place in the various community halls in the village, with the band having no permanent headquarters. This changed in 1971, with land generously donated by Mr R G Lory and the hard work of band members and supporters, when a newly built rehearsal room was opened, complete with all facilities and panoramic views over Falmouth Bay. This building was extended in 1995 to include a licensed social club and extra parking.

On the contest platform, the band’s first qualification for a National Final was in 1970 at the WD & HO Wills competition in London. Six years later in 1976, the band won the National 3rd section title at Fulham Town Hall. A second National title followed several years later in 2005 when the band became the 2nd section Champion Band of Great Britain. Promotion to the Championship section soon followed and a notable 4th place at the West of Wngland championships in Torquay.

Under the present MD, Gareth Churcher, the Senior Band are currently Cornish 1st Section Champions and graded 1st section Nationally. There are at present around ninety children of varying abilities within the organisation, with a separate Junior and Youth Band competing and performing in the South West and Nationally. The band has always been proud to offer anyone the opportunity to learn brass or percussion instruments completely free of charge. This is only possible through the hard work and dedication of band members, their families and supporters, raising the funds needed throughout the year. The band’s main fundraiser is the annual Ox Roast held in the village square on the first Wednesday in August each year. 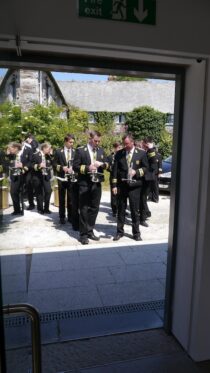 Abigail Reynolds is based between London and St Just, Cornwall. She studied English Literature at Oxford University before pursuing Fine Art. Her interest in books prompts her collages and sculpture which are often composed of found photographs spliced to create fresh narratives. As a research strategy, Abigail has recently created her own digital catalogue of the Guardian newspaper’s picture archive. She has work in the Government Art Collection, Yale University Art Gallery, New York Public Library and many private collections. The clearest dialogue her work opens is with time. 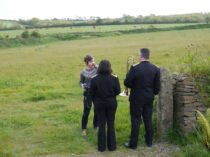