“Picasso once said, ‘To draw you must close your eyes and sing.’ I cannot think of a more marvelous way of describing how the experience of drawing feels.”  Richard Cook 2012

This September the walls of Kestle Barton will sing to the tune of Richard Cook’s drawings. With Closed Eyes is a carefully selected collection of watercolour and ink sketches that offer an insight into Cook’s absorption with the natural world. In addition to works on paper, a couple of prominent oil paintings complete the exhibition – showing the contrast and merit of two very particular ways of working.

Richard Cook studied at St Martin’s School of Art and at the Royal College of Art in London. He has lived and worked in Newlyn, Cornwall since 1985. Painting intently for almost three decades, Cook has emerged as, ‘successful, highly collectable and established British artist’ (Alex Wade 2010). He is grounded in the nation’s landscape tradition, inspired by its great Romantic painters and is passionate in his visual search of the ‘poetic realm’ through continual engagement with the natural world.

Cook deploys a subtle palate that sensitively depicts the Cornish landscape – filled with mossy greens, golden browns and a myriad of blues – some are vibrant while others dull into grey mists like the vistas themselves at times.

Cook’s art process begins with his own physicality in the landscape and is developed through his perceptive response to being there. He is known to frequent a limited number of places that are special to him in Cornwall and beyond. Through repeated visits, images that are both entirely apposite and utterly poetic appear on the pages of his sketchbook, later to be replayed and rearranged on the canvases in his studio. The theme of repetition is also apparent in his application of paint – whereby each canvas is overlaid with many layers of rich pigment – reinforcing the sense of time that Cook takes to be with his subject both outside in the landscape and in his own interior domain.

Richard Cook’s landscapes exhibited at Kestle Barton this September are in chorus with our beautiful rural farm surroundings. Visitors will be treated to a visual concert of movement, colour and dynamic rhythm as all seasons and inner states are visible in these wonderfully fluid and evocative drawings and paintings. 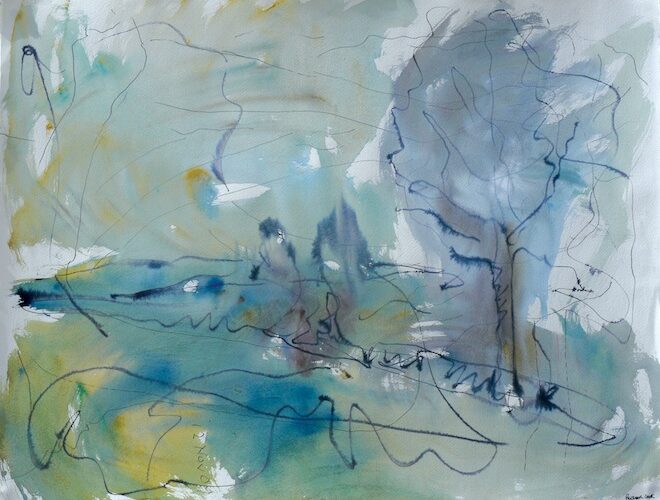 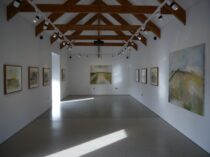 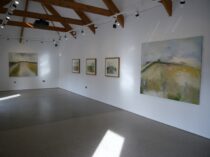 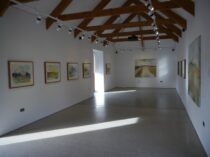 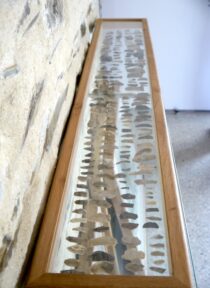 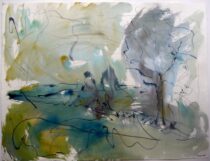 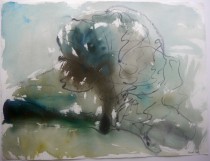 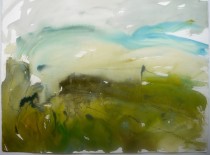 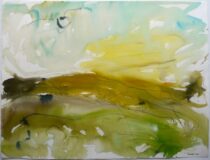 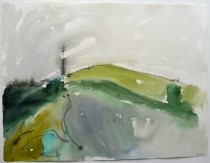 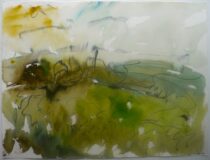 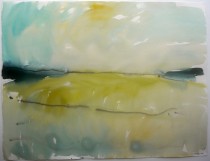 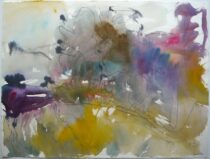 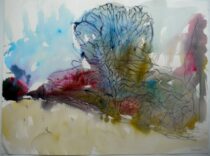 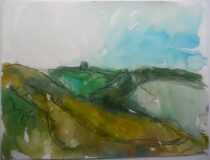 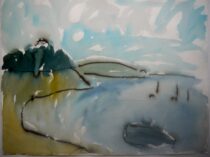 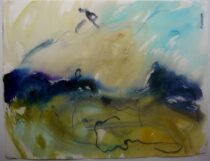 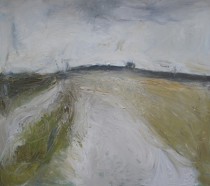 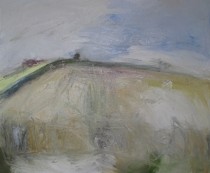 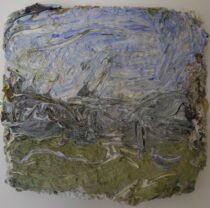