At Kestle Barton this autumn, we are very pleased to be launching a new book alongside a related exhibition by painter, writer and filmmaker, Andrew Lanyon. Called Von Ribbentrop in St Ives, both the book and the original work on show concern the activities of Joachim Von Ribbentrop, the German Ambassador to Britain. The focus is on his pre-war visits to St Ives and the effects of the war on St Ives and its artists.

An important theme in the work is the Nazi attempt to invade Britain with seaside postcards as guides. Based on extensive research, Lanyon believes that it was Von Ribbentrop himself who collected the postcards of beaches in St. Ives, subsequently captioned in German and used to illustrate a German invasion handbook published in early 1942. Almost certainly, he says, used by pilots bombing and strafing the beaches at St. Ives.

The nature of St. Ives as a centre for the production of camouflage nets and the importance of its artists for the war efforts is fore grounded in the work. Pointing to the fear that painting the landscape in a realist manner induced at this time, Lanyon illustrates with his usual gentle humour, the way in which hostilities were responsible for the surfacing of such ‘disguised’ forms of art as the naïve and abstract. It is a big idea, both original and witty. To help us digest it, a painting showing a U-boat commander attempting, while approaching the Manacles, to be guided by an Alfred Wallis of the coastline, is Andrew Lanyon at his intelligent and skilful best.

For the duration of the show, the gallery is turned into a museum to house this elaborately constructed exhibition with its many paintings, models and artefacts. This, the fruit of three years work, is a show about art and war, but also about the imagination and the importance of imagination in art and, perhaps surprisingly, in war. Included are specially commissioned works by Paul Spooner, Paul Chaney, Olly Hadfield, Debbie Prosser, Chris James, Sam Lanyon and Carlos Zapata as well as new work in oils by Andrew Lanyon himself, many of which will be for sale. 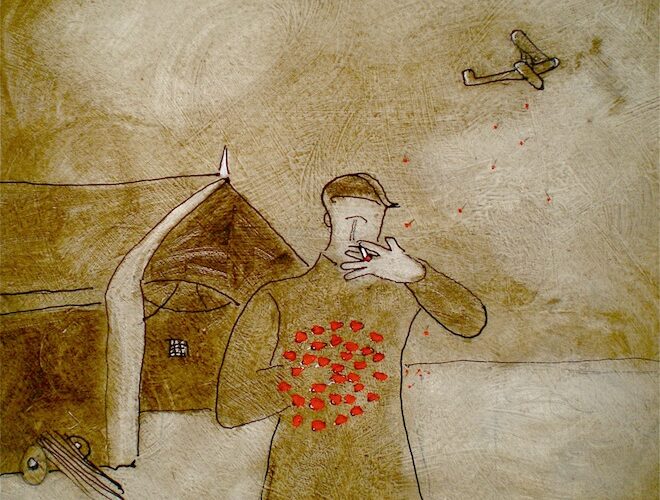 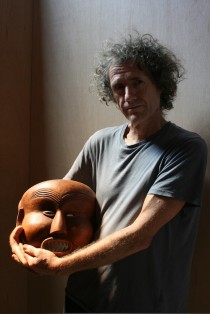 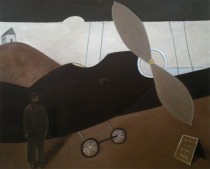 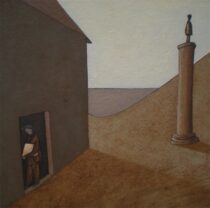 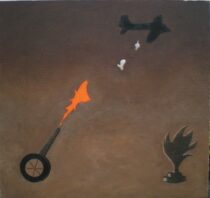 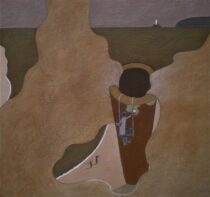 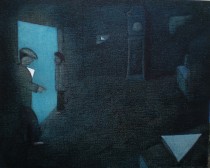 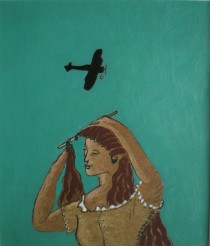 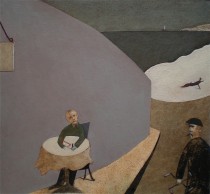 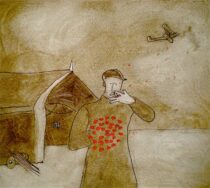 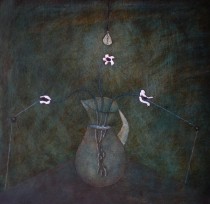 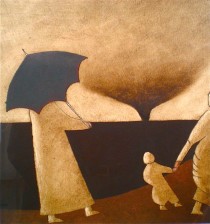 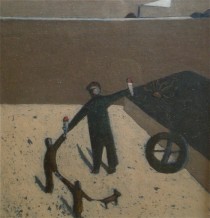 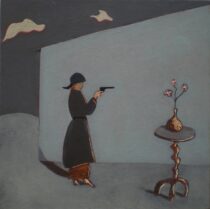 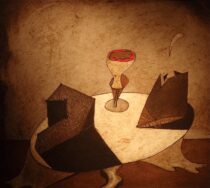 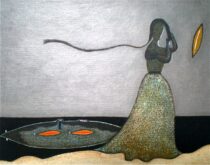 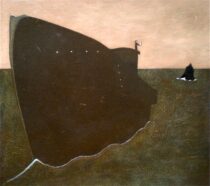 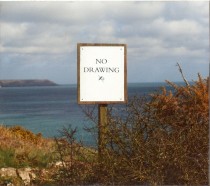 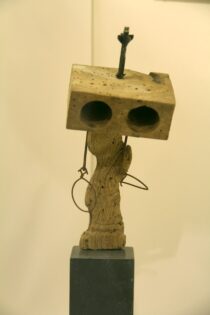 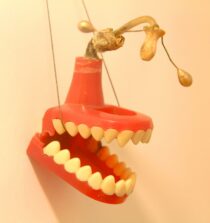 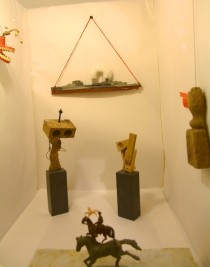 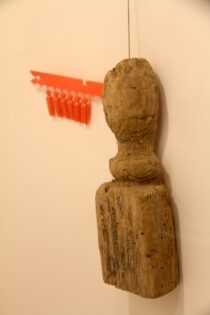 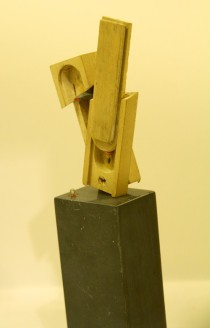