We first came across Paul Chaney’s work in the exhibition Wastelands at Newlyn Art Gallery in 2009. Casts of corn cobs that had failed to develop were displayed in a glass case; Crap Corn revealed something of the struggle of the horticulturalist and seemed to offer insight into the life of the artist. We were intrigued.

In 2011 Paul was commissioned to make a new and expanded work, of a variety of failed vegetables, Crap Cornucopia, for our first mixed exhibition, In Abundance: Kestle Barton’s Flower and Vegetable Show (2 Jul – 29 Aug 2011).

Subsequently, Paul was invited to consider a commissioned piece of work for Kestle Barton over an extended period of time and including a solo exhibition in 2014. From this invitation, Paul conceived of the post apocalyptic Lizard Exit Plan, which began as a residency period at Kestle Barton during November/ December 2013. During this period Paul set up the ‘Lizard Center for Apocalyptic Studies’ office in the gallery and invited local experts to contribute to his research.

Many people came forward, and out of their contributions and Paul’s own research, dug from within government data, he produced the Lizard Exit Plan – A 76 page document detailing how the current population of the Lizard Peninsula in Cornwall could survive the aftermath of an unspecified apocalyptic event, or “decouple from the economy of global capital for no particular reason”.

The document was divided into three main sections: defence, production, and technics. Aspects of the Lizard Exit Plan were illustrated as a series of three cyanotype blueprints, and ten silkscreen prints. The prints and document were exhibited at Kestle Barton in the gallery during Chaney’s solo show in 2014 also entitled Lizard Exit Plan.

Included in this show was the Breast Plough’o’Metric – commissioned by CCANW for their Soil Culture project and Kestle Barton. Breast Plough’o’metric is an accurate replica of an existing ancient breast plough which Paul found in Helston Museum during his Lizard Center for Apocalyptic Studies residency at Kestle Barton.

Constructed in forged iron and green chestnut, Breast Plough’o’metric is fitted with a series of digital strain gauges and a small on-board computer to allow the operator to record the exact amount of effort needed to plough some land by human power alone.

The work explores the metrics of direct human interaction with the land being designed to allow the calculation of the co-efficient of human labour (the amount of calories that can be gained from the cultivation of a given tract of land compared to the amount of calories burned during effort exerted). It is a realist investigation into the tyranny of labour.

During the Lizard Exit Plan show Paul held demonstration days where the piece was taken out of the gallery and used outside by the public.

In May 2014, as part of Kestle Barton’s public programme and coinciding with the build up to the Lizard Exit Plan exhibition, Paul built the first in a series of architectural investigations using a fusion of locally found post-consumer waste and traditional low impact construction techniques (Encampment #1).

Encampment #1 was an encampment of benders made during a two day public workshop using locally grown willow, discarded yacht sails, bailer twine and silage wrap. The encampment was exhibited outside as an integral part of the Lizard Exit Plan exhibition and tied in with the narratives of the exit plan research – the encampment was designed as a temporary refuge for intinerant farm workers roaming the Lizard peninsular in the exit plan’s post apocalyptic scenario.

On Saturday 16th August 2014, as part of the programme, Off Grid-Weekend , participants of the encampment building workshops were invited back to Kestle Barton with their friends for an evening of fireside cooking, conversation with the artist and camping overnight in the structures that were made in the May workshops.

During the day the group foraged around the Helford estuary with local expert Stuart Woodman. In the evening Stuart led a masterclass in rabbit butchery and cooked up The First Last Supper, the first in a series of post apocalyptic eating experiences designed by Paul in collaboration with local chef, Dominic Bailey.

In 2015 Paul built a temporary pavilion in the orchard at Kestle Barton. This was a further development of the Lizard Exit Plan, the artist imagining a scenario where workers in a future zero- fossil fuel agrarian economy have to undertake seasonal migration from the southern end of the Lizard peninsular to harvest crops grown on limited arable grade land in the north. The Lizard Exit Plan’s call for temporary accommodation and facilities for drying grain are answered with this building.

In 2016, five further Last Suppers were designed, again in collaboration with chef Dominic Bailey. The Last Suppers have explored possibilities for post-collapse haute cuisine using seasonal and foraged ingredients (imaginatively including treats ram-raided from abandoned supermarkets) sourced from within a five mile radius of the site of consumption. Each course is cooked, using firewood gathered from the local woods, on an outdoor stove designed by Paul Chaney and fabricated by local farmer Paul Williams. A never-ending series of ‘last suppers’ alludes to the notion that we are equally in a moment of eternal apocalypse and eternal utopian revolution.

During this period, and to accompany the Last Suppers, a season of trans-disciplinary workshops and talks, Critical Camp, took place with invited artists, theorists, and scientists taking the form of five separate weekend camping events. Each Camp, led by Chaney, continued to explore the post- apocalyptic themes raised by his still ongoing Lizard Exit Plan. The workshops and talks took place in the Encampment Supreme pavilion. After enjoying the communal evening meal, fireside discussions continued into the evening in an informal fashion, with accompanying live music either provided by local musicians, or a car battery powered ‘off-grid disco’.

Now, in July 2019, Chaney is building a new version of the pavilion in readiness for Planning Matters, commencing on July 20.

For full programme details please follow links above to webpages for events both past and present. 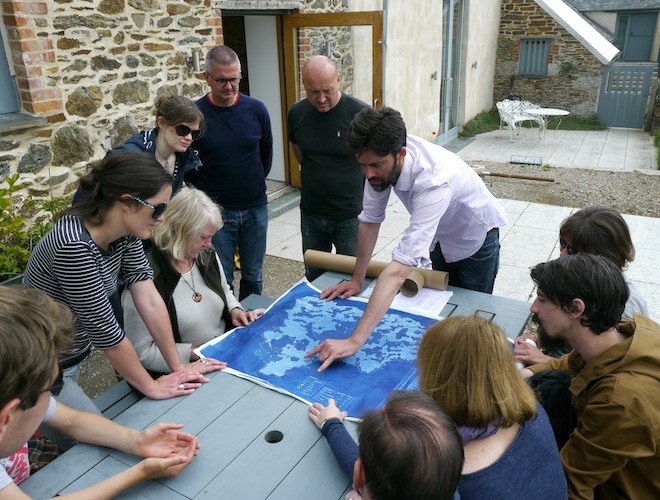 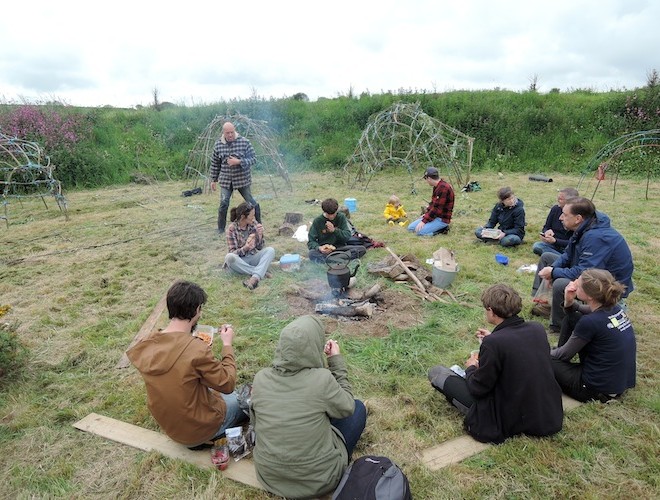 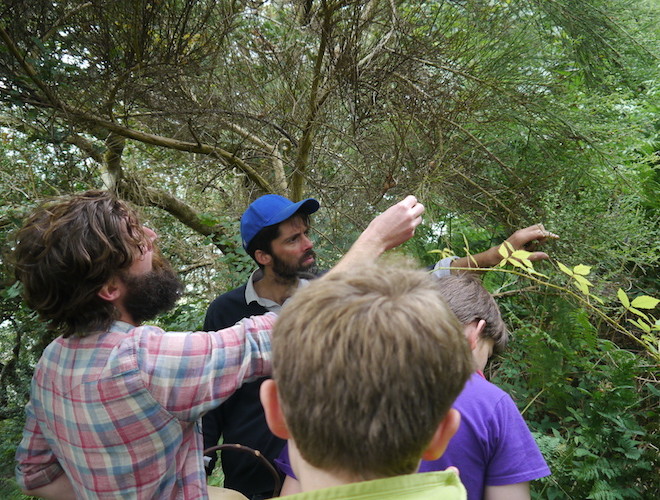 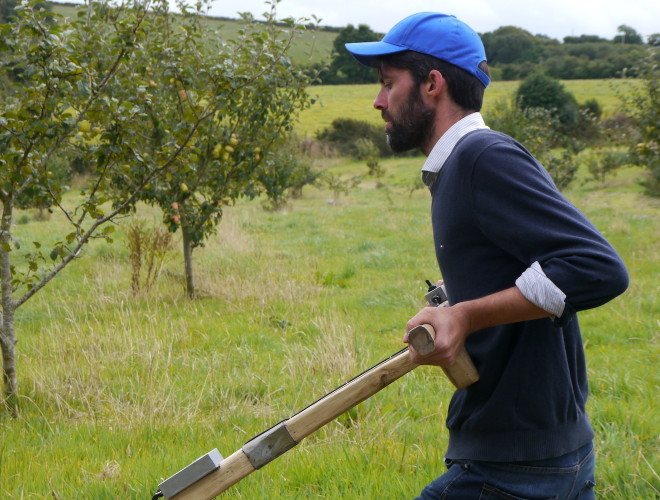