Taking Spero’s photographic exhibition as a starting point, and against the background of Chaney’s previous work based at Kestle Barton (Lizard Exit Plan and Critical Camps), this programme will explore the complexity of issues arising around themes of low-impact development, land ownership, planning law, and sustainable urban planning in these times of housing crisis, societal collapse, mass extinction, and potential transformation.

The programme will unpick the often misunderstood intentions and ideologies of communities such as Steward Wood (the subject of Spero’s photographs), phenomena such as ‘Nimbyism’, and the sociopolitical conditions restricting access to land that lead to the formation of precarious intentional communities under the conditions of late capitalism.

Bringing together leading experts in the field of low-impact development, its history of legal struggles, and artists exploring housing, grassroots social practice, and alternative living— the object of the programme will be to establish how current planning law could be affecting the UK’s ability to widely achieve sustainability targets published by the United Nations and the UK government itself, and how the factors limiting the scaling up of low- impact development could be addressed. 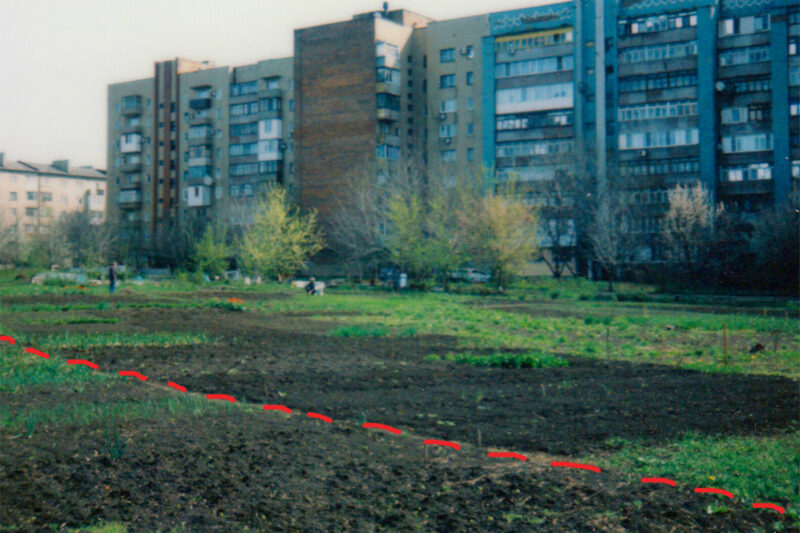 This podcast is a repeat of a radio show made by Bram Thomas Arnold to document events that took place during the Planning Matters programme. The show originally went out on London’s Resonance FM on 16th December 2019. The show includes an introductory talk by Paul Chaney and edited highlights from: a lecture about the planning battle between Steward Wood Community and Dartmoor National Park by Dr Tom Greeves; a lecture about the origin of modern land ownership patterns by Simon Fairlie, a lecture about the nature of ‘development’ by Dr Mike Hannis; plus ambient recordings, philosophical observations, and musical musings according to Bram’s impeccable taste..

“Trail Mix[ED] is an ecological show about art by the artist, pedestrian and writer, Bram Thomas Arnold. Sometimes it’s about my work, sometimes it’s about other peoples, there are songs, there are spoken words, and there are field recordings, come for a walk, a journey, a somewhat guided stroll through a record collection, a library and a version of the world.”

After working as an archaeologist for Devon County Council and Dartmoor National Park from 1976-85, Tom joined the environmental arts group Common Ground from 1985-1990. In 1998 he co-founded the Dartmoor Society (www.dartmoorsociety.com) and in April 2019 retired as Chairman after 21 years. He helped create the first Dartmoor Literary Festival in 2008 and the first Dartmoor Resonance Music Festival in 2018. Tom’s most recent books include Dartmoor’s Earliest Photographs –Landscape & Place 1860-1880 (Twelveheads, Truro, 2015) and Called Home – The Dartmoor Tin Miner 1860-1940: Photographs & Memory (Twelveheads, Truro, 2016). Tom has long been interested in the effect national park designation has had on Dartmoor and its communities, and has championed those whose life and work respect and reflect traditional activity. He is a strong advocate of using the arts as a medium through which to explore felt response towards place.

Writer, campaigner, and agriculturalist, Simon was co-editor of The Ecologist magazine for four years before joining an innovative community owned farm in Dorset in 1994. He is known for co-founding the intentional community at Tinker’s Bubble in Somerset where a unique planning amendment was agreed with the local council to allow the community members to establish one of the first low-impact ecovillages in the UK. He now co-runs Chapter 7, an organization and lobby group that provides planning advice to smallholders and other low-income people attempting to live sustainably on the land in the UK. He is editor of The Land magazine, and author of Low Impact Development: Planning and People in a Sustainable Countryside (pub. Jon Carpenter, 1996), and Meat: A Benign Extravagance(pub. Chelsea Green, 2010).

Mike Hannis is Senior Lecturer in Environmental Humanities at Bath Spa University, and an editor of The Land magazine. He has lived off-grid under canvas for 25 years at Kings Hill in Somerset, a low impact settlement which gained permanent planning permission in 2000 after lengthy legal wrangling. Academic publications relevant to this presentation includeLand-use planning, permaculture and the transitivity of development (International Journal of Green Economics, 2011), Freedom and Environment: autonomy, human flourishing and the political philosophy of sustainability (Routledge 2015), and After development? In defence of sustainability (Global Discourse, 2017).

London Fieldworks (artists Bruce Gilchrist and Jo Joelson) is a collaborative arts practice formed in 2000 and based in east London. Having formed a notion of ecology as a complex inter-working of social, natural, and technological worlds, their approach is often socially engaged, with works made for the gallery, in the landscape, for screen and radio. Early projects tested modes of production and poetic applications of technology to question mediated experience through remote interventions and simultaneous transmissions. Over the past decade LFW have made a series of “performative architectures”, works that attend to place and to habitat; structures of engagement that investigate the meeting points of culture and nature. Many of these works are designed to be open to occupation by wildlife. LFW projects have been awarded by The Arts Foundation (UK), Ars Electronica (Linz), Vida, Art and Artificial Life (Madrid) and London Short Film Festival.

Ian Nesbitt is an artist, filmmaker and activist. Spanning interests in landscape politics, community self-organising, emerging social movements, and documentary film. His practice is openly collaborative, working with artists and non-artists alike. Focusing on exploring peripheral territories and working innovatively with marginal communities, he often uses walking or slow travel as a tool to open up personal and shared terrains. His films have been selected for screening at festivals including Oberhausen, Sheffield Doc/Fest, Liverpool Biennial, Berwick Film and Media, Flatpack, Abandon Normal Devices, and Glastonbury, and broadcast on BBC2, TVE Spain and TG4 Ireland. He recently completed a third feature length film – ‘Acts of Quiet Resistance’ – and is currently artist-in-residence at Loughborough University for the 2018 – 19 academic year.

Layla Curtis is an artist whose practice has a focus on place, landscape and mapping. Her multi-form work examines the attempts we make to chart the earth, how we locate ourselves, navigate space and represent terrain. Works include Trespass, an app for Iphone which maps an oral history of a northern English edgeland and tempts the user to trespass in order to access the work; online interactive drawing www.polarwandering.co.uk, made during her Arts Council England International Fellowship to Antarctica and included in solo exhibitions at Ormeau Baths Gallery, Belfast; and New Art Gallery Walsall; and Tong Tana, made while living and working with nomadic hunter-gatherers in the Borneo rainforest and exhibited at Matt’s Gallery, London. Curtis’ work features in international collections including the Tate Collection and Government Art Collection. She is founder of Edgework, an artist-led, cross-disciplinary journal and online store with a focus on place. Edgework Journal provides a space for artists to give an insight into their extended research, fieldwork and working methods.

Jonathan Hoskins is a social practice visual artist and researcher living in London. Since 2011 he has produced long-term, interdisciplinary projects addressing the political efficacy of small scale collective action in relation to social narrative and urban change. These projects have resulted in publishing, public events, objects, text, performance, video and presentations. Each is made in collaboration with people with an expertise outside of the arts, such as amateur urban ecologists, archivists, writers, boaters, and housing activists.Supporting institutions include Open School East, Tate Exchange, Somerset House, Spacex Exeter, Flat Time House, ArtsAdmin, South London Gallery, Bloc Projects Sheffield, Market Gallery Glasgow. In October 2019 he will begin a PhD project researching social practice visual art in Japan. He supports his practice working as a freelance museum mountmaker.

Marcy Saude is a curator and artist working with moving images. Her practice focuses on subjects including marginal histories, the landscape, counterculture, speculative fiction, radical politics and text(s), and has been presented in film festivals, galleries, and artist-run project spaces internationally. She is a member of the Filmwerkplaats collective moving image lab in Rotterdam, the Netherlands, as well as BEEF in Bristol. A Portuguese national raised in San Jose, California, Saude currently works in Plymouth, UK, developing Directions, an artist film screening project with a critical view on the upcoming Mayflower 400 commemorations. 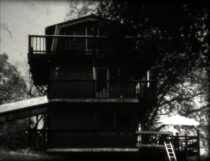 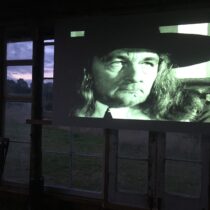 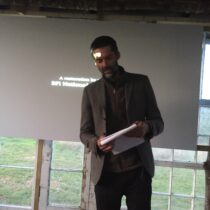