The Kestle Barton Rural Centre for Contemporary Arts 2016 season will begin with the next development in the ongoing ‘speculative research’ of the Lizard Exit Plan by artist Paul Chaney. First shown in 2014, here Chaney imagined a catastrophic event cutting off Cornwall’s Lizard Peninsula from the global economy. Conferring with local landowners, farmers, and other experts, the artist compiled a strategic plan for survival in this apocalyptic scenario.

This new body of work by Chaney will focus specifically on the role of Kestle Barton within his post-apocalyptic narrative and continue to uncover questions of the utility of art and sustainability; especially food production including sources of machinery needed for cultivating crops.

At 3pm on March 19 during the Public Opening of the exhibition, Paul Chaney will give an Artist Talk about his recent residency and his Lizard Exit Plan speculative research project. He will also give an overview of his forthcoming Critical Camping series.

Paul Chaney’s Encampment Supreme pavilion, built last year in our orchard, will accommodate the Critical Camping series. At six separate weekend events throughout the 2016 season, Chaney will host a campfire meal with activities and talks concerning topics related to his Lizard Exit Plan project. See our website for dates and more details. 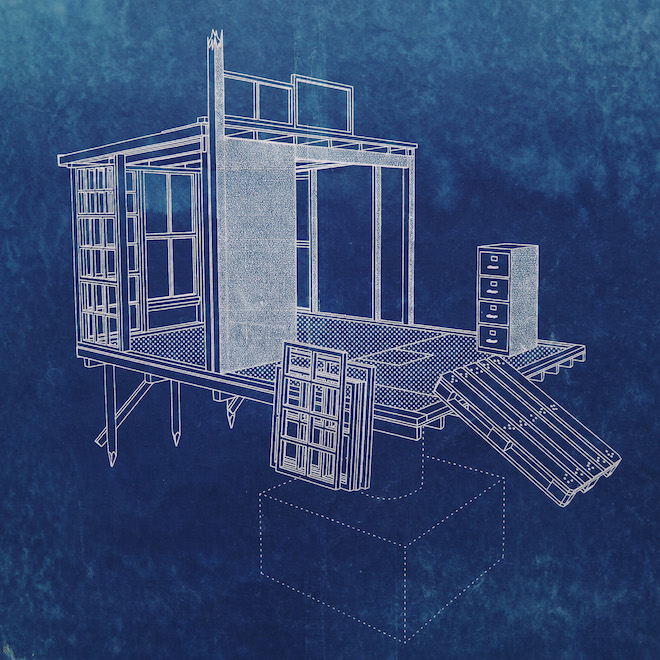 2016 Blueprints by Paul Chaney:
All made in signed limited editions of 35
All sold unframed

Like the earlier three blueprints from the Lizard Exit Plan (2014), these five new blueprints, completed in 2016, are also created using the cyanotype process and are exposed using sunlight.

These works are available to buy, as are the original Lizard Exit Plan Blueprints. Please contact the gallery for details and purchasing. 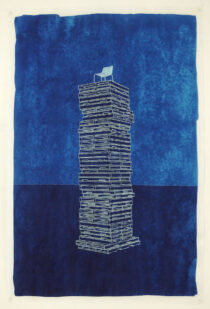 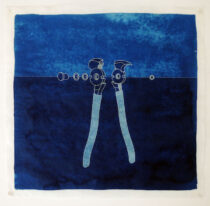 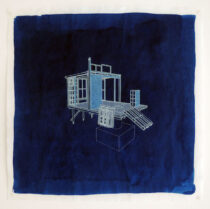 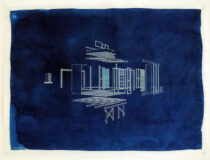 2016 Silk Screens by Paul Chaney:
All made in signed limited editions of 8
All sold unframed

This series of seven prints depict aspects of the Lizard Exit Plan: Kestle Barton Sector. They are created by overlaying precision silkscreen prints over giclée printed photographs. They have been made during Chaney’s research over the last year.

These prints are available to buy, as are the earlier Lizard Exit Plan silk screen prints. Please contact the gallery for details and purchasing. 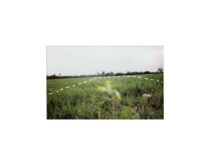 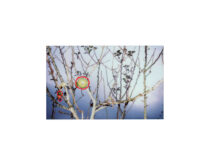 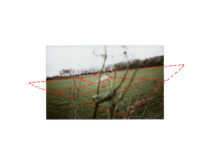 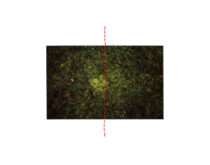 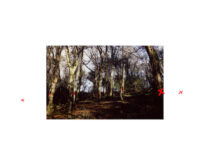 FieldMachine is a computer program developed by Paul Chaney and curator Kenna Hernly in 2011. It calculates the exact amount of land needed to provide different diets and low-carbon lifestyles chosen by the user.

It works by cross-referencing crop yield data with the nutritional content of the foods produced from those crops. The software then shows exactly how many people could survive on a specific area of land using the chosen diet – in this case the Lizard Peninsular. This represents what Chaney calls ‘a Hypothetical Reterritorialisation’.

Chaney has used the FieldMachine to design a diet for the whole Lizard Peninsular in accordance with his Lizard Exit Plan. The map to the right of the FieldMachine is a visualisation of how the land within the Kestle Barton Sector would be divided according to this particular diet (known as the BEEF 4 diet). His plan provides all the food and fuel for the twenty-eight people he proposes should live at Kestle Barton, their land requirement is represented by the rectangular coloured blocks. Excess land is used to produce barley for trade with the rest of the Lizard Peninsular.
The FieldMachine terminal is an interactive artwork.

Visitors to the exhibition are welcome to try it out and design your own diet. You can even print out your results and take one copy home.