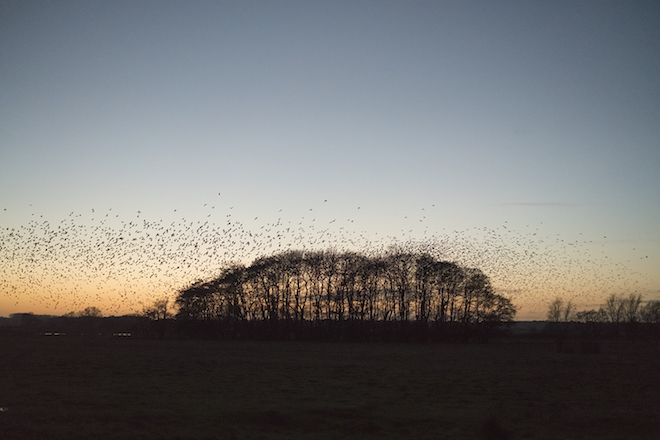 Through late autumn and winter months, as the light gathers in towards evening, individual birds gravitate into small groups, flitting above our heads form the top of one building to another. The numbers and the noise steadily increase until they all begin a falling descent into a chosen tree where they will spend the night roosting together for warmth and protection. The birds move around the canopy and chatter for a while, before the whole gathering falls silent, roosting through the dark till dawn.  Jem Southam 2018

Jem Southam is a leading British landscape photographer whose work, which explores natural phenomena, is usually presented in series. At Kestle Barton Jem will show a new development in his work in which individual pictures stand alone, each a notation of a moment, on a particular walk, on a given day.

Born in Bristol in 1950, Southam studied at the London College of Printing for a Higher Diploma in Creative Photography in the early 1970s and went on to become Professor of Photography at the University of Plymouth until last year (2018). He has exhibited extensively and has work in major collections around the world.

The theme of walking in nature is reflected in an exciting programme of walks and talks that will accompany the exhibition. A weekend of programming at the end of the exhibition, Representing Nature (1-2 June), will include contributions from Jem Southam. There will be further contributions from well known naturalist/writer Mark Cocker (Crow Country) and the musician and poet, Virginia Astley; who recently published her debut poetry collection, The English River (2018).

Birds Rivers Rain is a partnership exhibition in collaboration with The Arts Institute and The Box, Plymouth and supported using public funding by the National Lottery through Arts Council England.

Walking is a pleasure

Walking is a pleasure

And it is also how many artists have sought to make work, nurturing their imaginations while out rambling over hills, clumping along a coast path or following the course of a river. From the middle of the 18 century, when Gilbert White pottered around the village and parish of Selbourne thoughtfully observing and notating the details of the world him, natural scientists have also used walking as a way to contemplate and engage with the puzzles of the universe.

For William Wordsworth and Richard Long, for Charles Darwin and Richard Maby, for Nan Shepherd and Thomas A. Clark, walks have provided exposure, both to the wonders and mysteries of the external world and to the dark vaults of our own minds.

Since 1975, when he made a walk between Berwick-Upon-Tweed and Bristol, Jem Southam has made a slow rambling walk the centre of his practice and in doing so he thinks of himself following in the steps of the many thousands of others who, like these examples, have made journeys both long and short in search of understanding.

The footpath system and Ordinance Survey maps provide a limited, though incredibly rich, access to the great diversity of English landscapes and it is along such tracks that Jem Southam has made the pictures in this exhibition. In the west of Cornwall, in Pembrokeshire, near his home in Devon, recently along clifftops in Scotland and Ireland and along the beaches of southern, England he has simply gone out for a walk with his camera, seeking to find ways to make new pictures which he combines with a few words.

For the past four decades his practice has involved making extended series of pictures of selected sites over periods of many years. The Red River and The Pond at Upton Pyne are such studies, which each explore a set of complex narratives regarding our relationships to the earth. This exhibition at Kestle Barton is the first in which he will present the new development in his work, in which individual pictures stand alone, each a notation of a moment, on a particular walk, on a given day. 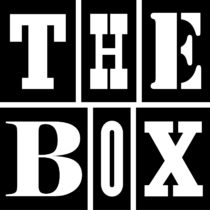 Early one morning, any morning, we can set out with the least possible baggage, and discover the world

Thomas A Clark In Praise of Walking 1988

Walking is a pleasure and it is also how many artists have sought to make work, nurturing their imaginations while out rambling over hills, clumping along a coast path or following the course of a river. From the middle of the eighteenth century, when Gilbert White pottered around the village and parish of Selbourne thoughtfully observing and notating the details of the world about him, natural scientists have also used walking as a way to contemplate and engage with the puzzles of the universe.

For William Wordsworth and Richard Long, for Charles Darwin and Richard Mabey, for Nan Shepherd and Thomas A Clark walks have provided exposure, both to the wonders and mysteries of the external world and to the dark vaults of their own minds.

The footpath system and Ordnance Survey maps provide a limited, though incredibly rich, access to the great diversity of the English landscape and it is along such tracks that I have been making many of the pictures in this exhibition. In Penwith, on the Lizard, near our home in Devon and recently along clifftops in Scotland and Yorkshire, I have heeded the advice of Thomas A Clark and simply gone out for a walk with my camera, seeking to find ways to make new pictures. This exhibition is the first to present a new development in my work, in which individual pictures stand alone, each a notation of a moment, on a particular walk, on a given day.

I take with me a camera and a single lens. The pictures are made to try to evoke the experience of standing on the land and witnessing what one sees, and as such try to act as an antidote to the extraordinary technical wizardry of contemporary media presentations of the world around us.

My father grew up in Lowestoft, and when about ten years old he bought himself a copy of the Observers Book of British Birds for five shillings in Norwich. A small brown book, it travelled with him as he cycled and walked the coast and the Broads through the rest of his childhood as he developed an interest in birds and ornithology which would last the rest of his life, and which he passed on to my brother and I. For reasons I never enquired about he never took us to the Broads and in recent years I have begun to develop an interest in the Norfolk landscape and make occasional visits.

Buckenham Marshes  14 December 2017  In 2007, the writer and naturalist Mark Cocker published Crow Country, a wonderful exposition on the corvid family and in particular their roosting behaviour, based largely on his observations of the corvid roost at Buckenham Carr close to where he lives. Each evening throughout winter the birds fly towards the roost from far and wide and gather in large numbers across the marshes below the Carr. Here thousands of them suddenly explode out of a stand of trees to make their way towards the roosting site itself.

In 1982 I came to live in Camborne with my brother Math and his young family, to start my teaching career at Falmouth School of Art (total student numbers 150!) For five years I walked around the tin mining districts of the area making a work called The Red River, which serves as a description of the mining landscape at that time, just before South Crofty closed, and also a study of the narrative voices we all carry in our minds which direct and influence our relationships with the world around us. Since leaving Cornwall to live in Devon I have kept returning to walk and make pictures across the west of Cornwall.

Goldfinches Lizard  5 Sepetember 2017 While walking back to Lizard from Kynance along the coastpath one early autumn afternoon, Jenny spotted this charm of Goldfinches feeding on the seeds and thistles.

Thrift/Grasses Pedngwinian Head west Lizard  8 September 2017 Thrift is a remarkable plant, its delicate flower and seedhead, which wave about in the winds and breezes rushing up from the sea below, belying the strength of their long thin stems and the incredibly tough roots which bury themselves deep in to the clifftops to secure their tenure. I have been photographing them for over twenty years, in west Cornwall, on the Isle of Wight and in Argyll in Scotland.

Starlings Arden-Sawah Farm  12 November 2015 Returning after a long slow wet birding walk with Math, down through the Porthgwarra valley and across to Ardensawah Head, we came through a gap in the Cornish hedge to find this large flock of starlings bathing in a large puddle.

In Weatherland: Writers and Artists under English Skies, Alexandra Harris takes the reader on a journey charting the rich and complex history of our relationship with the weather. As a colour photographer I have always appreciated damp and wet conditions and for the past five years have begun making “A Rain Index” – a group of pictures notating the conditions of rain wherever I am.

South of the Ross of Mull  26 July 2013 Becalmed in a hazy light, great drops of rain fell almost silently into the sea

From the beach at Beer, Devon  Autumn 2017 A powerful squall moved across the sea from the west

Seabirds – gannets, guillemots, razorbills, puffins, shearwaters, kittiwakes – are strange and remarkable creatures. They can fly in the air, dive deep into the sea, walk on land and swim on the surface of the sea – the full realms of their existence are little known to us though, as they spend most of the year way, way out in the middle of the Atlantic Ocean, only coming ashore for a few months in spring and early summer to nest and raise their young.

In 2017 I began a study visiting gannet colonies across Wales, Ireland, Scotland and England, with my friend Martin Lockley whose father had done much to further our understanding of these birds. Ronald Lockley moved to the island of Skokholm in 1927 where he lived for twelve years, eking out an existence farming and writing, and making many visits to the huge gannet colony on nearby Grassholm.

Troop Head  15 July 2017  Troop Head is the only mainland gannet colony in Scotland.

In 1736, after studying at Cambridge, the naturalist Robert Marsham began his observations of the tidings of spring on his Norfolk estate at Stratton Strawless. Here, for more than 60 years, he recorded the dates of the first signs of spring, and published the results as 27 Indications of Spring in 1789. His family carried on the study until the late 1950s and together they have provided us with a unique survey of data relating to research into climate change. He is regarded as the founding father of Phenology, the study of the effects of seasons on plants and animals. This group of pictures are part of a long-term study of the unfolding of spring.

Towards Cadbury Camp north of Thorveton  May 2017

For the past eight years I have been making studies of the passage of each winter along stretches of the River Exe. For the last three winters this has taken place at a bend in the river near Brampford Speke. I arrive in the dark, an hour or so before sunrise, and try to observe the dawn unfolding. At this particular site large numbers of mute swans and Canada geese spend the night on the safety of the river, before flying off to feed on the flood plains during the day.

The bookcase [in the gallery at Kestle Barton]

On the bookcase is an eclectic sample of the books at home, which act as references to all the walks and indeed launch me on the way. Please if you wish take time to browse. 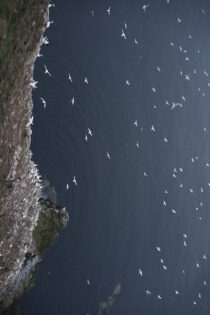 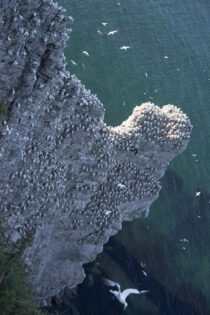 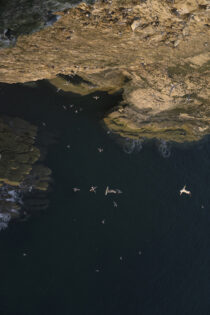