In May, 200 children from five local Lizard primary schools – all pupils in years 3-6 – took part in this two-day festival. Three authors led three workshops each on both days.

Books were sent to the schools for children to read or have read to them in advance. Comments from teachers after the event highlighted how pleased the schools were to be involved.

Two major outcomes were evident from teacher and pupil comments:
The sessions have supported formal learning outcomes for children – improved literacy and motivation for learning

Teachers at the Story Days: 2019 Festival of Children’s Literature talked about the ‘immense value to our English curriculum’, not only as a one-off event but in supporting and inspiring classroom work for some time after the visit. There was evidence of pupils using the skills they had learnt from the authors in their class and homework. There was even evidence of the experience impacting on teacher development: ‘For staff, it modelled another way of engaging pupils in shared reading’.

The Headteacher from one participating school  said, ‘For teaching staff, before the event day, it provides a platform for an author study which is embedded in the teaching of reading. The day itself provides a valuable introduction into the children’s next piece of focussed writing. It works perfectly alongside our ‘Writers Workshop’ approach to teaching a real purpose for writing.’

The programme inspired creativity and interest in the creative arts industry
Both teachers and pupils attending Story Days described the value of introducing the pupils to practicing authors.

‘It was great because Lissa taught me how to use ideas from real life to write stories.’

‘I loved doing things with real authors because I get a bit stuck in writing and they gave me some good ideas.’

‘I loved Kestle Barton because Ross Montgomery recommended a few amazing books to me and told me great tips on becoming an author.’ 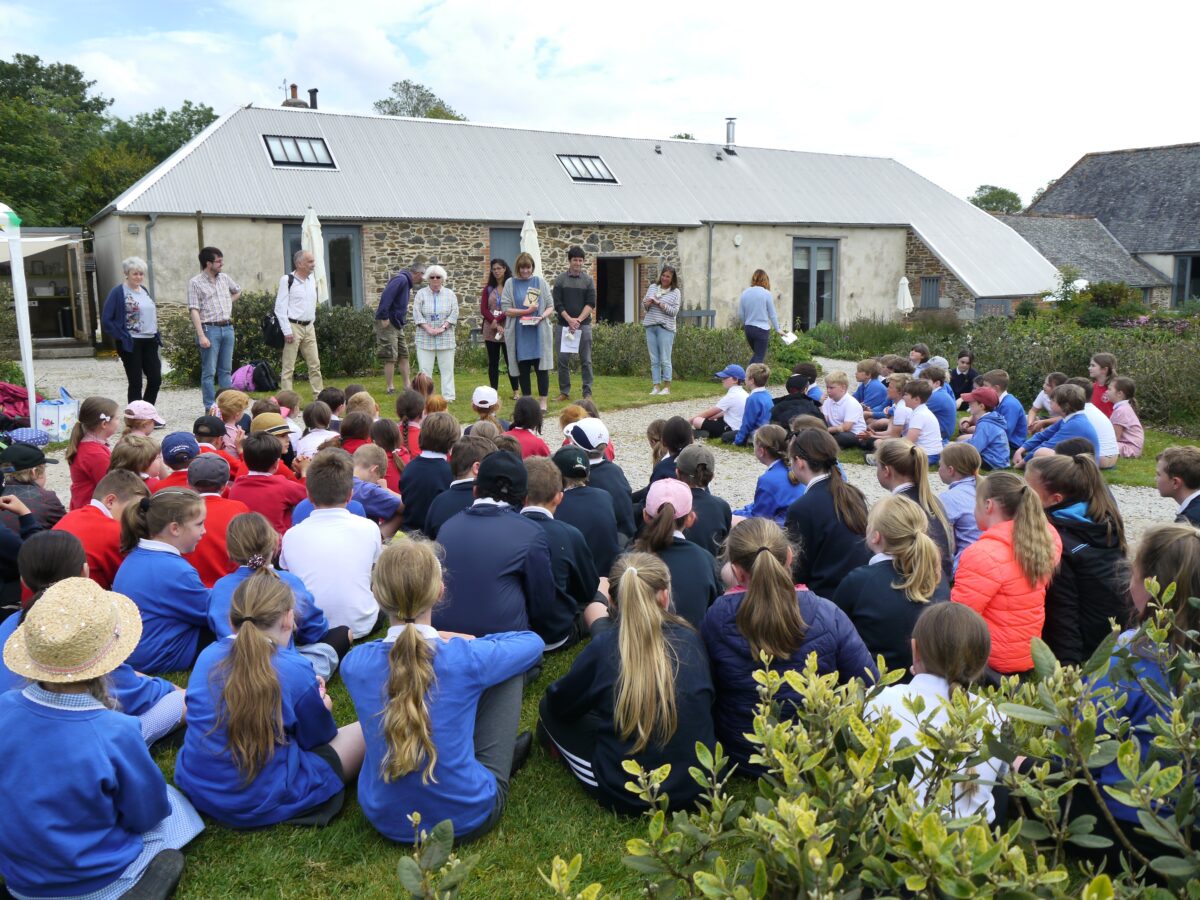 We have found from previous experience that our workshops tend to work better if the children have some knowledge of the writers and their books so we sent books by two of our 2019 authors, Lissa Evans and Ross Montgomery ahead early to each of the 6 x participating primary schools on The Lizard Peninsula:
Mullion
Manaccan
St Keverne
Coverack
Grade Ruan

Two of these books have some shared themes of exciting and sometimes funny imaginary worlds. These are revealed to the child main characters who both have some difficulties to overcome in these worlds and also in the real worlds they inhabit.

Max and the Millions is about Max who is used to spending time alone – he has found that it’s difficult to make friends in a big, chaotic school when you’re deaf. He prefers to give his attention to the little things in life, like making incredibly detailed models. Through friendship with a school caretaker he discovers a tiny civilisation that needs his help…

Lissa Evan’s book Wed Wabbit has been shortlisted for two prestigious awards and is described like this,

‘You’re called Fidge and you’re nearly eleven. You’ve been hurled into a strange world. You have three companions: two are unbelievably weird and the third is your awful cousin Graham. You have to solve a series of nearly impossible clues. You need to deal with a cruel dictator and three thousand Wimbley Woos… And the whole situation – the whole, entire thing – is your fault. Wed
Wabbit is an adventure story about friendship, danger and the terror of never being able to get back home again. And it’s funny. It’s seriously funny.’

A second book by Lissa Evans, Small Change for Stuart, is less about imaginary worlds and more about magic. Stuart Horten is ten years old and small for his age. He moves to the dreary town of Beeton, far away from all his friends. And then he meets his new next-door neighbours, the unbearable Kingley triplets, and things get even worse.

In Beeton begins the strangest adventure of Stuart’s life as he is swept up in quest to find his great-uncle’s lost workshop – a workshop stuffed with trickery and magic. There are clues to follow and puzzles to solve, but what starts as fun ends up as danger, and Stuart begins to realise that he can’t finish the task by himself . . .

Our third author was Robert Crowther who over the years has produced some amazing pop-up books. These are really designed for younger readers but we thought he would be fun as he came to show the children how to make pop-ups of their own. 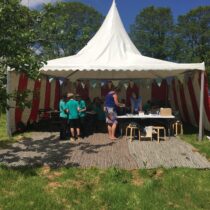 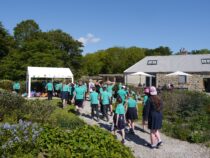 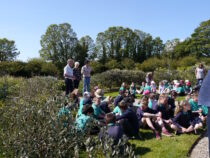 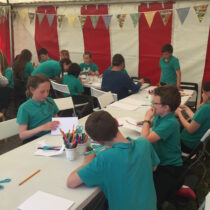 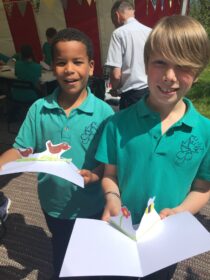 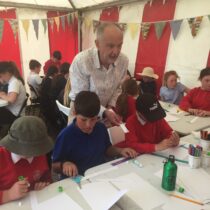 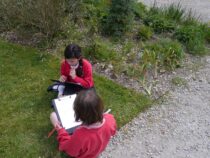 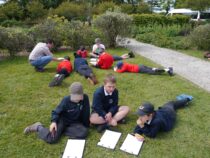 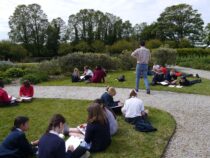 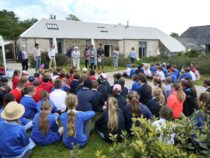