Calling all foragers and wild fruit enthusiasts! Have you noticed any apples growing in the hedgerow, waste-ground or wayside?

Submit a handful of these wild or seedling apples to be featured in an exhibition of pome fruit at Kestle Barton on 2 -3 October 2021.

The apples will be subjected to public and expert taste trials to find noteworthy fruit for propagation and featured in the Some Interesting Apples photographic typology by William Arnold. The very best and very worst fruit will be grafted by James Ferguson and William Arnold onto the Good Apple & Bad Apple tree in the orchard at Kestle Barton.

Every apple grown from seed is unique, so this is an unusual opportunity to introduce new undocumented varieties to the public and to showcase the huge diversity of one aspect of our wayside flora.

By ‘wild & seedling’ we mean domestic apples (Malus domestica) that have NOT been deliberately grown in an orchard or garden setting and are as far as can be reasonably assumed the result of naturally germinated seeds from a core discarded by humans or animals.

For information on how to submit your apples please contact williamlawrencearnold@gmail.com

For further information about the project and results from last year’s trial exhibition see: https://williamarnold.net/Some-Interesting-Apples-1 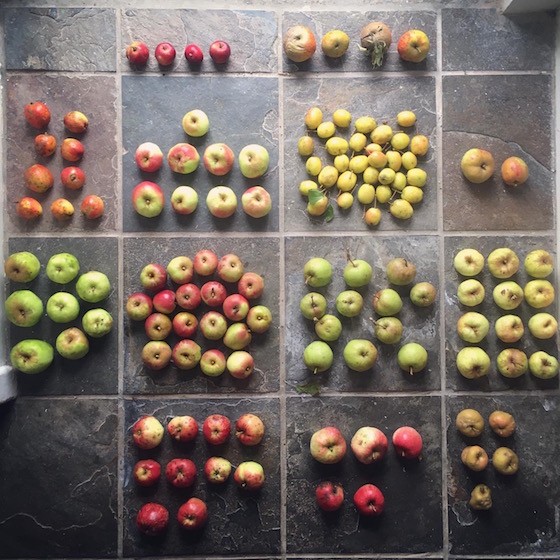 An apple grown from the seed of an open pollinated fruit will, while inheriting the characteristics of its parents, always create a variety distinct from either. As a reasonably guilt-free discard from a car or train window these feral seedlings of Malus domestica proliferate, perhaps catching our eye in a flash of May blossom or viewed laden with fruit by a stretch of railway track on a drab October schedule delay.

There is an incredible gene pool of apples adapting to local conditions in hedgerows across the country. A lot of these will be of limited utility, and many of course will be seedlings of Golden Delicious or Gala etc, but some will have desirable characteristics, in terms of flavour and resistance to diseases and the vagaries of climate.

In the context of the climate emergency and the ‘global weirding’ of weather systems this ability to adapt and thrive in a range of situations makes Malus an important species within potential robust novel ecosystems and as ongoing food resource.

To propagate known varieties of apple, a new tree must be grafted from existing material of the variety on to a rootstock with known characteristics, a long-term commitment to preservation generally considered worthwhile only where the variety has strong commercial prospects.

In 1990 Common Ground instigated the first Apple Day to promote the ‘local distinctiveness’ and value to landscape histories of the wealth of varieties largely ignored in favour of a few super-market friendly strains.

Building on the now well-known apple day theme Some Interesting Apples will shift the focus toward those wild seedlings to which comparatively little attention has been given and their potential for future usefulness. 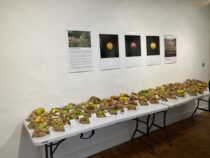 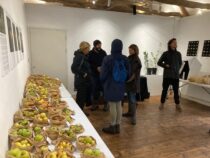