Markéta Luskačová: By the Sea

Photographs by Markéta Luskačová, taken on the North East coast of England in the late 1970s will feature at Kestle Barton this spring. This touring exhibition of black and white photographs, on loan from the Martin Parr Foundation in Bristol, is a fascinating exploration of a particular sea-side community, and the qualities that inform our experience and understanding of identity. Bringing these images to the Southwest sea-side of Cornwall offers a further opportunity for contemplation, contrast and enjoyment of these compelling images.

Czech-born Luskačová has lived in the UK since 1975 and first went to North East England in 1976 when visiting photographer Chris Killip, who at that time lived there. She fell in love with Whitley Bay, and with the people there who, in spite of the harsh weather, enjoyed their time at the seaside. When Amber, a film and photography collective, invited her in 1978 to photograph the North East of England alongside Martine Franck, Henri Cartier-Bresson and Paul Caponigro, she was drawn back to photograph the seaside.

“I was very touched by it all: the families with children, old women in their best hats, elderly couples with grandchildren, teenagers courting shyly or boisterously, the ponies and donkeys walking patiently to and fro on the beach. The dogs and children were everywhere, dogs enjoying themselves as much as the children did. The fairground and the omnipresent tents, fortresses against the wind and rain, the seaside cafes selling sandwiches, apple pies, custard pies, ice creams and teas, of course. But they also sold boiling water to women who brought with them from their homes their teapots and teabags, because to buy tea for the whole family would be too expensive.”

Although well known in photographic circles, Luskačová’s work in recent years has lacked the exposure of some of her contemporaries. This exhibition was first shown last September (2019) at the Martin Parr Foundation in Bristol, alongside a new book published by RRB Books. Both the book and the exhibition aimed to contribute to a recent resurgence of interest in Luskačová’s work and to introduce it to new audiences.

The book is available to buy in the gallery. Click here for a detailed review of the book.
We also have a small stock of additional books by Markéta Luskačová for sale as well. Scroll down to see details. 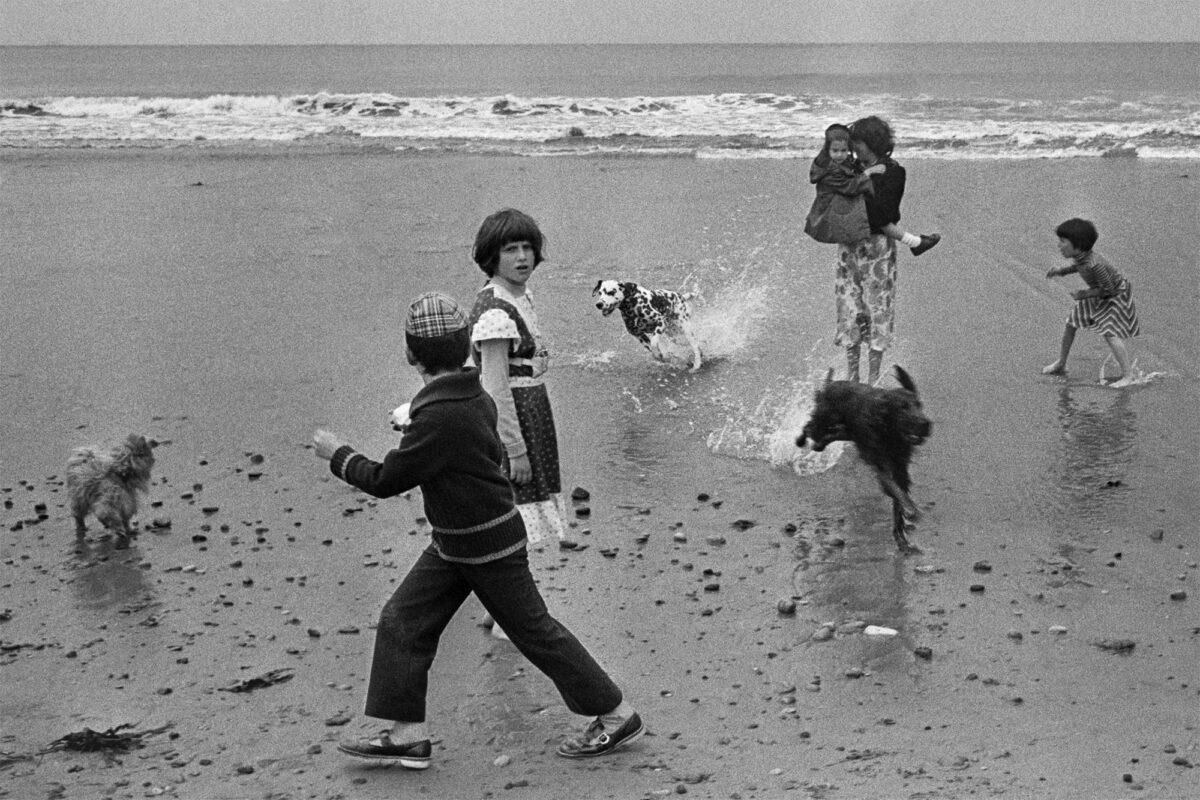 Markéta Luskačová graduated with a degree in Sociology of Culture (1962-1967) from Charles University in Prague and completed a postgraduate course in photography at Prague FAMU (1966-1969).

She began working as a freelance photographer in 1968. Pilgrims (1964 – 1971), one of her best known series of work, was photographed in Slovakia and exhibited at the V&A, London in 1983. In all, her photographs been the subject of over forty international solo exhibitions, including notably an exhibition at the V&A Museum of Childhood in Bethnal Green in 1989 of her photographs of British children, Photographs of Spitalfields at Whitechapel Gallery in 1991, and most recently a display at Tate Britain.

The Martin Parr Foundation was established in 2014 and opened to the public in an architect- designed space in the Paintworks complex, Bristol, in 2017, comprising of a studio, gallery, library and archive centre. The aim of the Foundation is to support and promote photography from the British Isles. It does so by preserving the archive and legacy of Martin Parr, and by holding a growing collection of works by selected British and Irish photographers as well as images taken in the British Isles by international photographers. The Foundation also houses an expanding library of British and Irish photographic books. 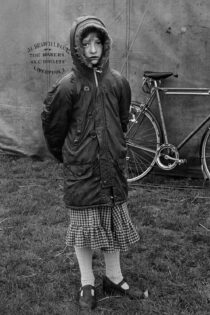 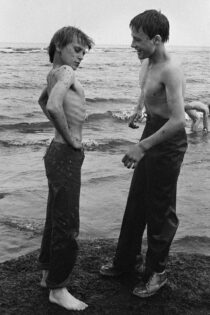 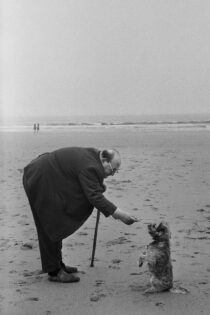 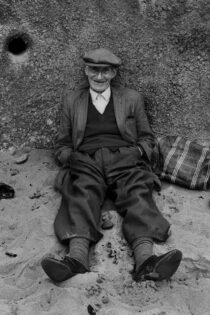 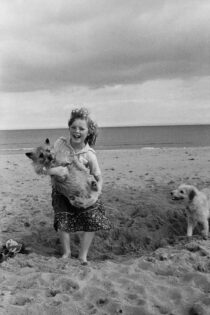 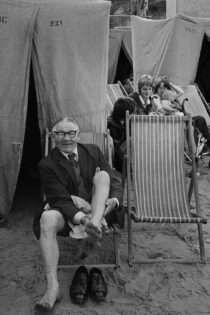 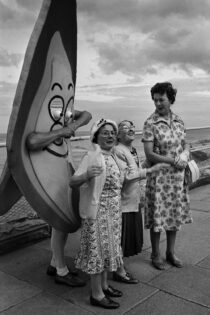 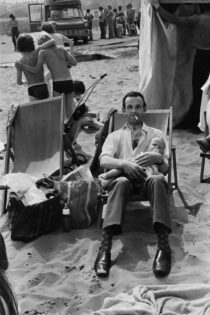 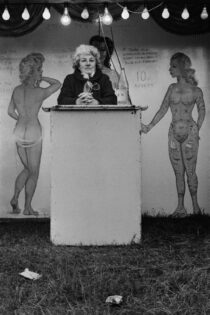 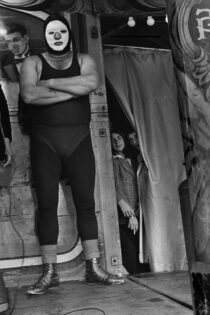 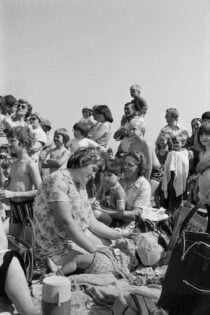 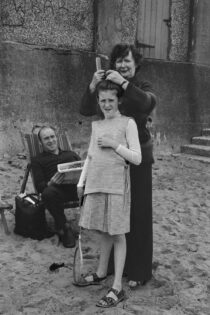 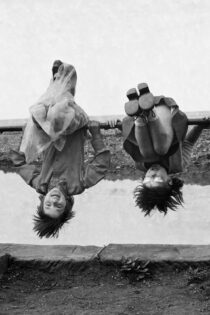 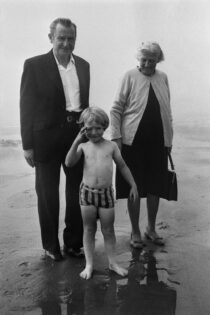 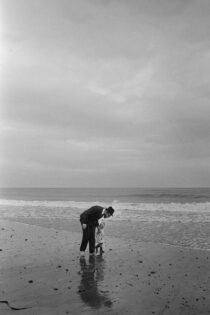 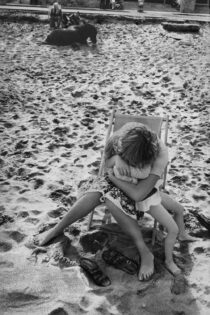 Published in 2019 by RRB Photobooks. Clothbound hardcover with tipped-in monochrome image, 132 pages, with 66 black-and-white reproductions; 7.9 x 11 inches. Includes a text by the photographer, her CV, as well as a list of selected exhibitions and publications. Designed by Dan Mogford.

Also the following publications signed by the artist, Markéta Luskačová 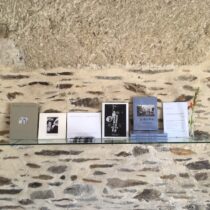 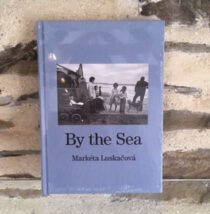 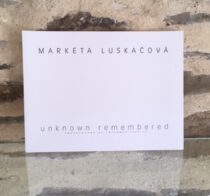 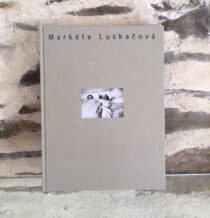 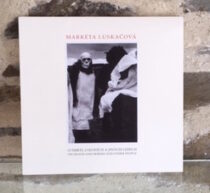 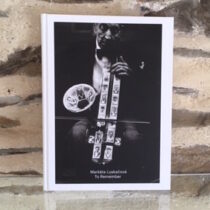 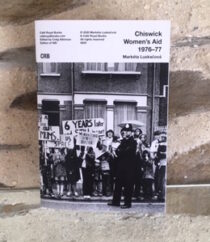