This exhibition has been curated in collaboration with Parafin Gallery, London. It brings together work by three artists who explore ideas relating to landscape, history and memory. The three distinct bodies of work included triangulate three West Country sites – Avebury and the Ridgeway, the River Severn and the Penwith Peninsula – which are rich with cultural and historical significance. The works use seemingly objective strategies such as documentary photography and the archive to explore these sites and their meanings, drawing inspiration from disciplines such as archaeology, geology and geography, but fusing them with the intimate and poetic. The works thus suggest both intensely personal readings of place and history – whether through the delicate earth rubbings of Michelle Start’s Avebury works or Sophy Rickett’s correspondence with a stranger she met on the banks of the Severn – but also contrast subjective and objective modes of understanding place. They reinforce a reading of ‘landscape’ as a construction that combines a physical place with human relationships.

For Reynolds, Rickett and Stuart, research is an important part of the making of the work. All three artists are interested in the idea of the archive and the creative possibilities in the act of selectively gathering information. In creating their archive-like works, they use the photograph and the book as indexical documents, but subvert their authority. In addition, all three are interested in making journeys and consequently their works explore the ways in which travelling through and being in a landscape affects our experience of it and our understanding of its histories. Finally, all three are interested in the ways in which time and the passage of time can be encoded within the work. Ultimately the works articulate a sense of both past as present and the power and significance of particular places. They elide the contemporary and the historic, the cultural and the geological. They demonstrate, as Myfanwy Evans wrote of the great English painter Paul Nash and his interest in Avebury, ‘No interest in the past as past, but in the accumulated intenseness of the past as present.’ 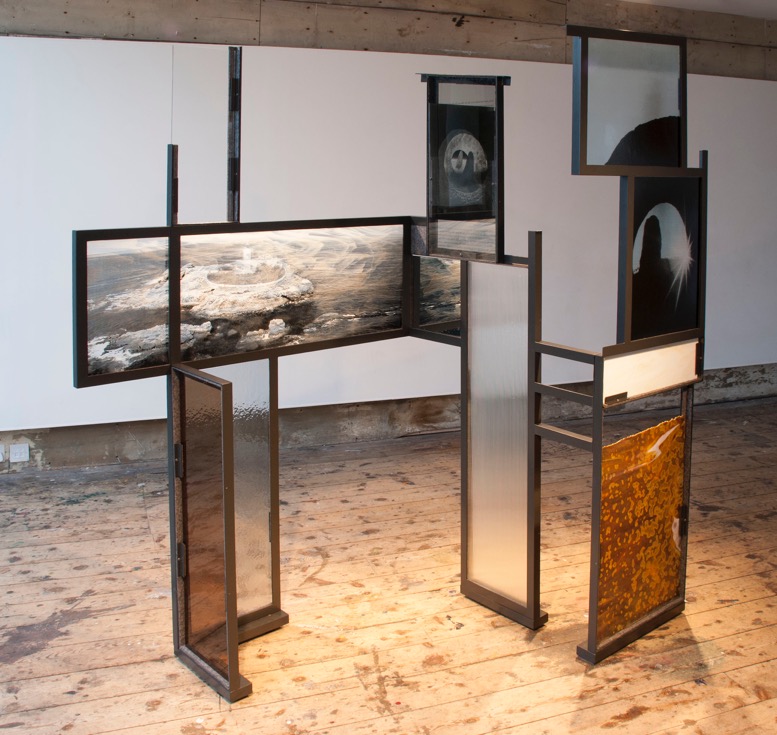 Abigail Reynolds is based in St Just, Cornwall. Using photography, collage, sculpture and film, much of her work addresses the overlapping histories of the English countryside as an ideological site.

Tol (2016) is a hybrid object that is both sculpture and archive. The structure of the work is derived from a print by Barbara Hepworth – rendered as a kind of armature – and it holds images of the Men-an-Tol and Godrevy Lighthouse, locations seen by Reynolds on her daily ‘commute’ from home to her studio in St Ives. While Reynolds’s journey sets up a series of connections between actual locations, Tol perhaps advances a cultural reading of their relationships, using Hepworth – literally – as a framing device. Reynolds is interested in drawing connections and associations between places and instances of what she calls ‘cultural debris’, a process that the act of travel activates. Here the ancient history of Penwith, embodied by the Neolithic Men-an-Tol is contrasted with Modernist touchstones, Barbara Hepworth’s art and Virginia Woolf’s writing (specifically, To The Lighthouse). The work suggests that the meaning of any landscape and our experience of it is perhaps a synthesis of many historical moments, as well as the present.

Alban Roinard has made a short film of Abigail talking about ‘Tol’, her new work from the studio which helped earn her shortlisting for the BMW prize. Click here 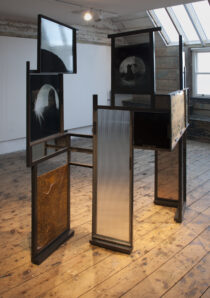 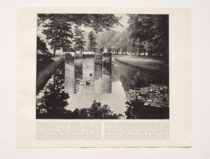 To The River was originally commissioned by Elena Hill in partnership with Arnolfini and ArtSway.

Sophy Rickett works with photography, film, text and archive. Much of her recent work interweaves personal and public histories to explore particular sites or the relationships people have with specific places.

Rickett’s project To The River (2011) is about the Severn Bore, the large tidal wave which runs along the River as the tide rises. The work consists of a film and an archive concerning the science and history of the Bore, as well as Rickett’s experience of making her film about it. Notably, the Bore itself does not appear in the film. Rather Rickett turns her camera away from the river itself to portray the anticipation of the crowd on the banks of the river at night awaiting the tidal surge. The archive is a collection of more than 50 framed works on paper, which explores different approaches to understanding this unusual natural phenomenon.  The works excerpt photographs, texts, diagrams and other visual material taken from key cultural, geographic and scientific manuals on the Bore, written and published between 1917 and 1971. Images cut directly from books are re-worked through juxtaposition with each other or with brief transcripts of dialogue originally recorded by the artist as she stood amongst the crowd waiting to see the wave one night. Taken together the archive examines the phenomenon of the Bore from different perspectives, including historical, cultural, scientific, economic, political and geographical, as well as the ‘real life’ experience of being in the landsacape – the excitement, the anticipation and the anxiety of standing there in the dark and the cold, amongst a crowd of strangers, waiting for it to pass. 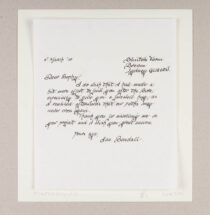 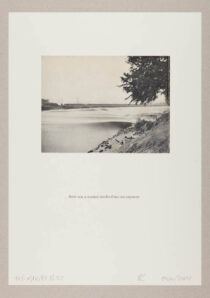 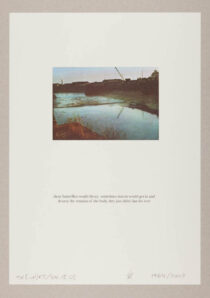 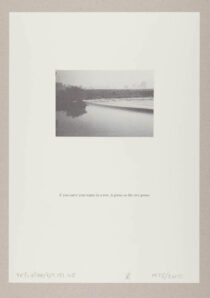 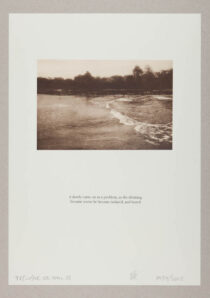 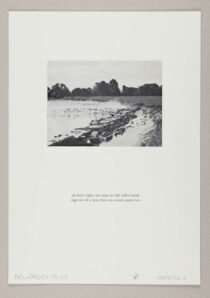 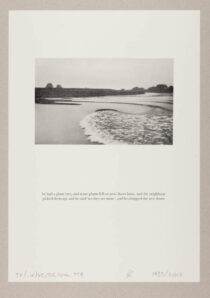 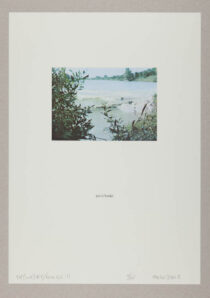 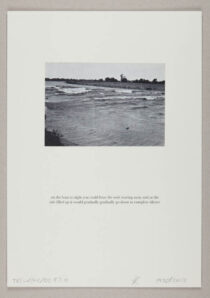 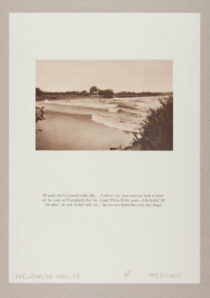 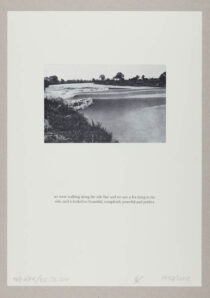 Since the late 1960s Michelle Stuart has worked at the intersection of drawing and sculpture, Conceptual and Land art. Stuart’s ground-breaking engagement with materials, processes, site and memory in the 1970s led her to make works incorporate materials from the places they were made, often by pounding or grinding the earth against the paper support or by rubbing charcoal or graphite across paper pressed against the ground in order to produce a ‘trace’ of the site.

Included here are a group of small works made in England in 1979-80. Incorporating earth rubbings from around the Avebury stone circle and the ancient Ridgeway with photographic documentation, these are very rare examples of a major American Land artist making work in the UK. By contrasting drawing with photograph, and touch and sight, Stuart explores different ways in which the experience of landscape can be captured. The works give us concrete information – the texture and colour of the earth underfoot, the appearance of certain views – but ultimately attest to the impossibility of really recovering the artist’s unique experience of a particular place at a particular moment in time. 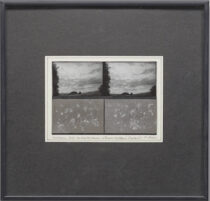 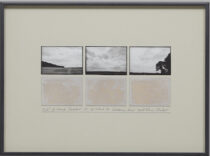 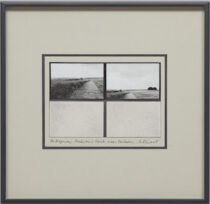 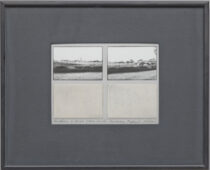 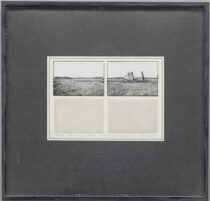 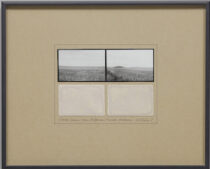 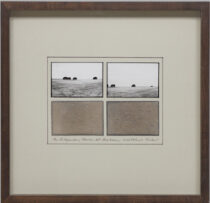 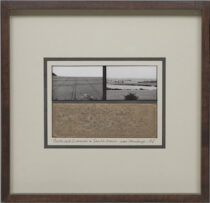 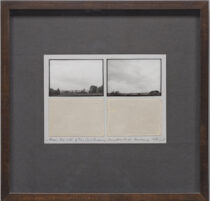 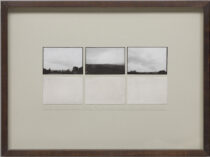 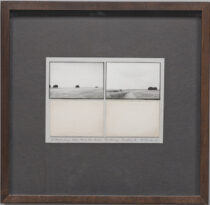 Trail Mix is a geographical show about art and the journey as a form of process and product, Ledger Lines Volume 1 focuses on the work of BMW journey award winner Abigail Reynolds whose works are on show at Kestle Barton as part of Ledger Lines. The show focuses on three west country landscapes and artists interactions with them. Features readings from the work of Lucy Lippard, Virginia Woolf and Fay Godwin. See trailmixed.online for more info. 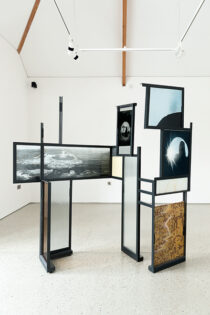 Trail Mix is a geographical show about art and the journey as a form of process and product, Ledger Lines Volume 2 is the second show exploring the work of three artists whose work was shown as part of Ledger Lines, an exhibition at Kestle Barton, Rural Centre for Contemporary Art on the Lizard, in Cornwall. Today we’ll be joining three artists Abigail Reynolds, Sophie Rickett and Michelle Stuart amidst three mythic West Country landscapes, taking in points of view from Lucy Lippard, Fay Godwin, and Alice Oswald. See trailmixed.online for more info.