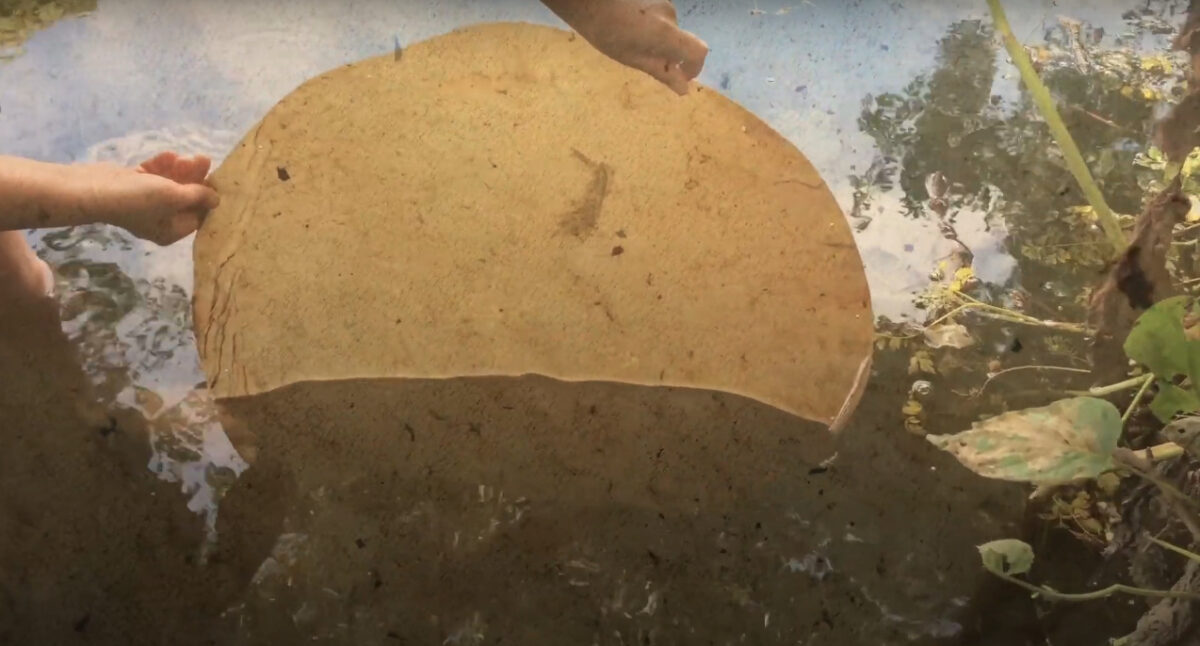 What can be said is that people arriving in the UK from Syria have left much of their livelihoods behind and have come here to seek refuge from war. The families settling in the UK have come here full of gifts from their culture, carrying an incredible capacity to offer the warmth and hospitality of their traditions despite also carrying many traumas of war and loosing their homes and often members of their families. The journeys of the Syrian families are just one example of many journeys of migrants and ‘strangers’ that come to the UK in search of refuge – the work to be done is about how we receive them and welcome their gifts – learning as a culture from what they offer. (Fourthland, 2020)

Since 2011 when the Syrian crisis began, an estimated fourteen million Syrians have been displaced, two-thirds of the total population. Many fled to camps in Lebanon, Turkey, Iraq, Egypt and Jordon and have migrated from there seeking refuge. Between 2015 – 2018 approximately ten thousand Syrian refugees entered the UK. The precise number of refugees arriving in various regions has been kept confidential so as not to disrupt the safe anchoring of families, in what is a complicated, and often misunderstood, compilation of international and domestic political issues.

Commissioned by Kestle Barton, artist duo, Fourthland, in collaboration with filmmaker, Rosalind Fowler, first began working with the Syrian families placed in Cornwall in 2018. Over the last two years they have developed a close connection with the community and developed their own sensitive artistic practice, ‘a visceral homage to cultural history, memory and universal myth, melding sculptural practice with experimental and ethnographic filmmaking to create new kinships and folklore’.

What became apparent in the first year of working with the families is how much post war trauma still existed within the communities in the UK and how many troubles were caused particularly in countryside areas from a loss of cultural and  professional identity. It was as if the arrival of the ‘strangers’ had brought many existing issues to the surface – through receiving the culture through ‘their’ eyes. (Fourthland, 2020)

2020 has brought unforeseen global challenges that have been felt by all of us in the UK and importantly impacted the Syrian refugees. Isolation and language barriers have been amplified during the Covid restrictions and the recent explosion in Beirut has been deeply upsetting for the community, since many families have migrated through Lebanon to get to the UK and still have family and friends there. For refugees already traumatised by the devastation of war in their home country, the destruction of another place they have come to know as home is a resounding echo and deepening of their loss.

Although our programme for this season at Kestle Barton has had to be reconsidered, the Arts Council Emergency Response Fund has enabled Fourthland to continue to foster their relationship with the Syrian community and to develop their work. Into the Drum is a series of online offerings from Fourthland, based on their engagement with the Syrian families and using the symbol of the ‘drum’ as a structuring device to create Rhythm Forecasts (see below). These bring together the voices and reflections of collaborators such as Jonathan Weeks, founder of Heron Drums, and writer and storyteller, Tom Hirons; alongside the words, stories, recipes and dances of the Syrian families from Cornwall. Each Rhythm Forecast is posted below.

Throughout the series, there have also been opportunities to join Fourthland through an online Circle group for a deeper sharing of emerging threads.

Into the Drum is an online curatorial project between June and October in collaboration with Kestle Barton and funded by Arts Council England.

The only way to make sense out of change, is to plunge into it, move with it and join the dance.

Into the Drum explores rhythm as our collective essence and our way to navigate change. Using the primordial symbol of the drum to represent the potential of our collective heart space and sounding.

We are all carrying unique rhythms that vibrate with who we are, the land that we walk on, the cultures from which we have grown and the sky that we feel. Standing here as ‘Rhythm Carriers’ and ‘Rhythm Keepers’. In the current times we are finding that the rhythms we know well are being influenced by rhythms that are new to us – rhythms that ask of us, a completely different way to tune ourselves, in order to meet in the diversity of harmonies.

This project brings together a series of collaborators including members of the Syrian community in Cornwall.
We will handcraft two egg shaped drums which will be used to symbolise the echoes between the cultures. The rhythms between the beats, creating moments of tension and harmony between the north and the south, the east and the west – uniting the polarities into the drum. These drums are used as a core rhythm that calls in a series of ‘Rhythm Forecasts’ that will take place between June and September. At the end of the project the two drums will be placed together to form ‘the heart drum’ symbolically joining as the infinity symbol imbued with all the rhythms.

These Rhythm Forecasts bring together the voices and reflections of collaborators and Rhythm Keepers including the words, stories, recipes and dances of the Syrian families from Cornwall. Each Rhythm Forecast is posted below. Throughout the series, there will be opportunities to join us through an online Circle group for a deeper sharing of emerging threads.

Through our work with the families we have also found out about some amazing work being done such as The Bude Refugees Support Group and the Community sponsorship scheme in Bude.

To find out more and get involved also look at these links: 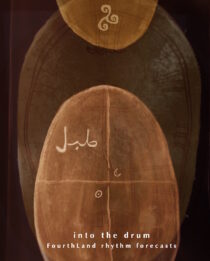 Over the last few months Fourthland have been developing a series of audio-visual poems that they call Rhythm Forecasts.

These forecasts bring together a collection of voices on themes of migration and togetherness inspired by and reflecting on their exchanges with the Syrian community in Cornwall, developed through public programmes with Kestle Barton over the recent years.

Each forecast released on the new moon is an audio-visual journey that invites the audience to contemplate and question what it is to shift between the realms of being a stranger and part of a community, offering a reflection on the archetypal experience of migration and otherness.

The journeys within each Forecast have been made in reflection to the stories shared with the artists by members of the Syrian community and close and careful witnessing of the gifts that the Syrian culture offers.

Each forecast is a dance between the currents of two cultures side by side. 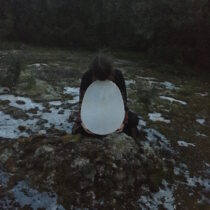 The first Rhythm forecast is a collection of 3 reflections that together explore the importance of an embodied sense of rhythm within the landscape and one that is carried from place to place, in the steps of dance and the sound of drums. A meeting between the harmonies and disharmonies that together shape the heartbeat of our common ground.

This collection includes an interview with Jonathan Weekes from Heron Drums as he shares the symbolic and healing significance of the drum – its ancient qualities in creating community and a deep connection to the rhythm of nature.

Ghayath (one of the men of the Syrian community) shares in Arabic about the importance of dance in Syria, and specifically about the traditional dance of the Dabke.

He also shares a video of the men in his family dancing. Echoing back the steps and dance of the masculine. 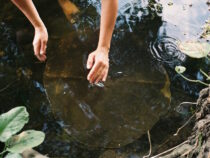 This weeks Forecast is an offering that includes a poem written by Tom Hirons entitled Standing Wave. The poem and visuals present a wider commentary on migration interspersed with threads written in response to the relationship woven between the artists and the Syrian community over the recent years.

Alongside this is another short poem that reflects upon the families’ continuous gift of heart connection within all their experiences. 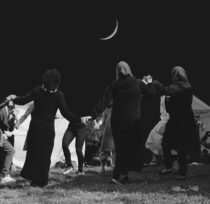 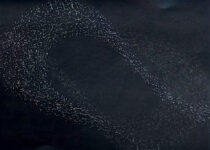 It is told in our land

That when a story of otherness beckons

As your gaze meets the gaze of the other

Your essence meets the essence of the otherness

And the words of the others echo

How do we turn in welcome instead of turning away”

This forecast is a journey through the realms of the drum in a search for connection.

Many thanks to Tom Hirons, Jonathan from Heron Drums, Fatima and beings who joined us in Circle a few weeks ago for the inspiration for this visual poem.

Final forecast as a reflection on the themes of this project.

Tom Hirons is a writer and storyteller based on Dartmoor in England. He is co-founder of Hedgespoken travelling storytelling theatre and Hedgespoken Press. www.hedgespoken.org/

Jonathan Weekes is a drum maker, a workshop facilitator and as the founder of Heron Drums has been sharing the art of drum making and shamanic drumming since 2012 all around the UK. He believes these powerful healing tools have an important role in this time in aiding us in reconnecting with ourselves, with each other and with the land, and shares this with groups arounds the country. www.herondrums.co.uk