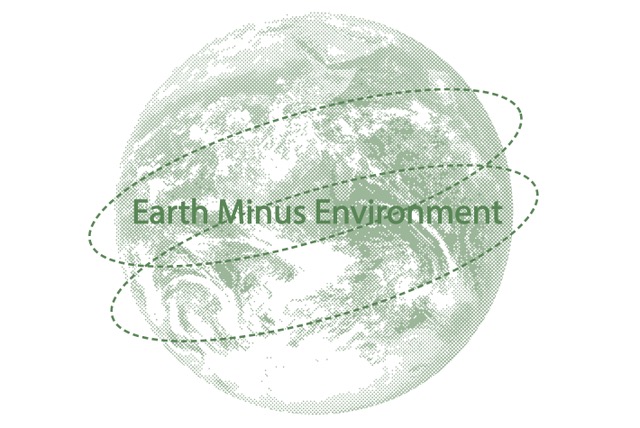 A weekend symposium for 2020, would have focussed on environmental issues and creative practices in order to establish a formal discourse to contextualise the ecological aspect of our programme that we have supported in the past and will continue to prioritise into the future. This remains an important ambition for Kestle Barton, and contacts had been made and speakers established. The Arts Council Emergency Funding grant ensures that the opportunity is not lost by establishing a digital platform now to move forward with further research, increasing scope and ambition, ready for our live programme in 2021.

Earth Minus Environment is a new online platform for Kestle Barton, which aims to examine environmental ideas through a series of commissioned texts and contributions from a diverse range of writers, artists, curators, scholars and activists. The platform will act as a supporting discursive space for Kestle Barton’s exhibition programme – collating and cultivating the environmental thinking developed on-site, to communicate these ideas beyond the boundaries of the gallery’s rural setting.

Earth Minus Environment, takes it title from an unrealised sculptural project proposed by the artist Gustav Metzger, for the first UN Earth Summit in Rio de Janeiro, 1992. Metzger’s intention for the work was to create a ‘dramatic symbol’ that would visually convey the escalating global environmental crisis, recognising that these issues ‘cannot live by words alone’. Metzger advocated for the power of art and culture in environmental messaging, due to its capacity to be inclusive and universal, noting that ‘vast numbers of people throughout the world cannot read at all, or understand the languages most in use’. The ambitious sculpture was to consist of a large plastic enclosure in the form of the letter ‘E’, around which 120 second-hand cars would be arranged. The exhaust of each car would would feed into the transparent structure, with every car engine running for the duration of the summit. The sculptural ‘E’ would gradually fill up with condensation and exhaust fumes, making visible the ‘environment’, which Metzger described as ‘the smoke humanity has put on Nature’.
Metzger saw the ecological crisis as the culmination of post-war consumer cultures, industrialised militaries, extractivist systems and technocratic capitalism, all coming together to form, what he perceived to be, a destructive globalised system. In a lecture given in the Netherlands later in the same year, Metzger poignantly expressed the problematic discourse that surrounds notions of nature, sustainability, culture and the environment, stating:

The term Environment has been hijacked by the forces that are manipulating the world.When Mr Bill Clinton states that he would be the first ‘Environmental President’, what can this mean?  Anything and nothing.  The term Environment lends itself perfectly to telling lies and giving illusions. The people who run production and distribution, the controllers of the media and the Government, local and national, are systematically using the term Environment to hide realities, to confuse the public and to distort their perception of reality.
This is being done for the basest of motives: to maintain profits and power. The term Nature is dropped, and replaced by Environment.

Metzger argued that to move through our ecological problems, a ‘de-definition’ of these neoliberal articulations would be necessary, alongside a dismantling of the systems that sustain such attitudes, to allow for a restoration and renegotiation of human and non-human relations. Today, Metzger’s ideas are as urgent as ever, with increasing discussion that the environmental crisis is as much a crisis of human imagination (or lack of it) for alternative modes of living, as it is the dire environmental consequences of continued anthropogenic impacts. The deluge of scientific warnings of impending ‘tipping points’, ‘cascading ecological breakdowns’ and a ‘hothouse earth’ have worryingly not been enough of a provocation to really sustain a change of course. Our environmental problems must also be seen as part of a wider web of inequalities and historic injustices – these are knotted issues that will require a paradigm shift in perspectives and approaches across all areas. This has led to an increasing recognition that the cultural fields could play a vital role in shifting societal values and attitudes, through highlighting overlooked perspectives and imaging alternative outcomes.

Earth Minus Environment for Kestle Barton aims to forward Metzger’s ideas and questions for how we might move towards a fairer and more ecologically robust future, through offering an imaginative and diverse critical space for environmental thinking, challenging cultural hierarchies, human/nature dichotomies, environmental imaginations and disciplinary boundaries. The platform aims to run continuously in order to sustain an active discourse, where it will then more closely support the gallery’s physical exhibition programme during the summer months of each year. We hope for this to be a useful resource for audiences to engage with ecological thinking on many levels and understand the deeper questions that are involved when considering what sustainable relations between peoples and natures could be.