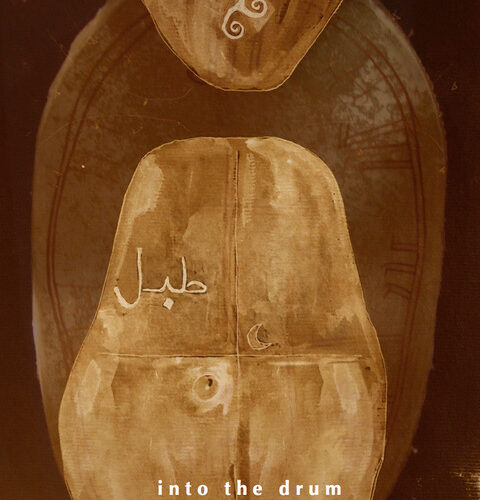 It was planned that Fourthland would return to Kestle Barton in July this year to work again with the Syrian refugee families who have been resettled in West Cornwall. Past years of the meetings of the families, other local people and the artists have been joyful, creative times culminating in feasting and dancing with strong friendship links being formed.
2020 is, of course, different. But the Arts Council Emergency Response Fund will enable an online programme of music and story telling, and even feasting between July and October 2020. See below for more details.

Rhythm forecast 2
Rhythm 2
Video of the feet of the Syrian men as they embed the steps of the dabke onto UK soil and sand. The steps of this traditional Syrian dance will be used as a metaphor of resistance and change. Celebrating the power of collective dance as social transformation.  Translated into English by Ketty Savery

Rhythm 3
Video of Jonathan from Heron drums – as he talks about rhythm and different skins – drum beats, heart beats – land rhythms as he shows us how to make the two skin drums. Translated into Arabic by Ketty. Savery

New Moon 19 August
Rhythm Forecast 3
Rhythm 4
Tom Hirons’ narrative poem
Language and culture do nothing that is alive without rhythm, tide and change – in Tom’s piece, words inhabit the rhythms of footstep and heartbeat, the changing world and the endless, ever-happening movement of people, story and syllable. Translated into Arabic by Ketty Savery

Rhythm 5
The hands of Fatima – To connect with mother and grandmother energy accompanied by the Mother song choir – the combined voices of the Syrian women. Translated into English by Ketty Savery

New Moon 17 September
Rhythm Forecast 4
Rhythm 6
Stories of otherness – told by Syrian families in Arabic. Sharing stories about the anchors in their culture that support times of change – gifts between strangers welcoming the poor and welcoming new people with gifts.  Translated into English by Ketty Savery

Full Moon 1 October
Rhythm Forecast 5
Rhythm 7
Final sharing of the stories that emerged from the work. Reflections from Jonathan, Tom Hirons and all participants.
Translated into Arabic by Ketty Savery

The only way to make sense out of change, is to plunge into it, move with it and join the dance.
Into the Drum explores rhythm as our collective essence and our way to navigate change. Using the primordial symbol of the drum to represent the potential of our collective heart space and sounding.

We are all carrying unique rhythms that vibrate with who we are, the land that we walk on, the cultures from which we have grown and the sky that we feel. Standing here as ‘Rhythm Carriers’ and ‘Rhythm Keepers’. In the current times we are finding that the rhythms we know well are being influenced by rhythms that are new to us – rhythms that ask of us, a completely different way to tune ourselves, in order to meet in the diversity of harmonies.

This project brings together a series of collaborators including members of the Syrian community in Cornwall.
We will handcraft two egg shaped drums which will be used to symbolise the echoes between the cultures. The rhythms between the beats, creating moments of tension and harmony between the north and the south, the east and the west – uniting the polarities into the drum. These drums will be used as a core rhythm that calls in a series of ‘Rhythm Forecasts’ that will take place between June and September.

These Rhythm forecasts will bring together the voices and reflections of collaborators and Rhythm Keepers including, Tom Hirons, writer and storyteller, Jonathan from Heron Drums and the words, stories, recipes and dances of the Syrian families from Cornwall, alongside contributions of Cornish folklore from other Cornish locals. We will work with each group to develop the collective forecasts through a series of workshops and exchanges.

Like the two drums – echoing between each other – each forecast will include two Rhythms presented as pairs at intervals over the 6 months. This pairing will create a deeper resonance between the contributions honouring their differences and uniting voices.

Each Rhythm forecast will be posted online and will be open to a wider audience. Throughout the series, there will be opportunities to join us through an online Circle group for a deeper sharing of emerging threads.

Into the Drum is an online curatorial project between June and October in collaboration with Kestle Barton and funded by Arts Council England.
At the end of the project the two drums will be placed together to form ‘the heart drum’ symbolically joining as the infinity symbol imbued with all the rhythms.

Tom Hirons is a writer and storyteller based on Dartmoor in England. He is co-founder of Hedgespoken travelling storytelling theatre and Hedgespoken Press. www.hedgespoken.org/

Jonathan Weekes is a drum maker, a workshop facilitator and as the founder of Heron Drums has been sharing the art of drum making and shamanic drumming since 2012 all around the UK. He believes these powerful healing tools have an important role in this time in aiding us in reconnecting with ourselves, with each other and with the land, and shares this with groups arounds the country. www.herondrums.co.uk